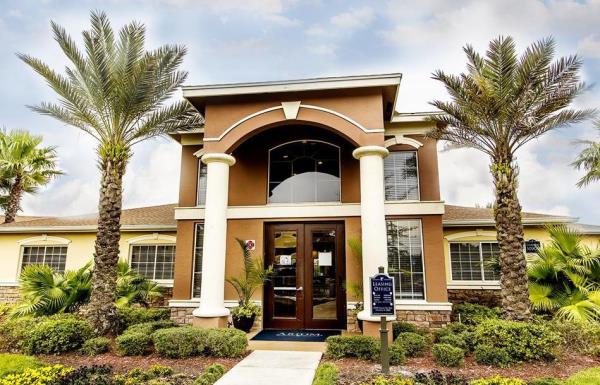 TruAmerica entered the East Coast property markets last year as part of its commitment to expand its multifamily investment platform across the United States.  Today approximately 15% percent of the firm’s more than 34,000-unit portfolio is now located in Florida and Maryland with near term plans to expand into the Mid Atlantic and Southern states, according to firm founder Robert Hart.

“The first step in our managed expansion was to focus on select East Coast growth markets where we could build scale and develop the necessary infrastructure to manage a growing regional portfolio,” said Hart.  “Under Matt Ferrari’s direction, our growing East Coast team has done a masterful job in executing our vertically integrated investment platform and we are feeling increasingly comfortable with our plans to enter new markets.”

Arium Falcon Pines, which will be re-branded by TruAmerica as Canterbury Cove, is a gated, garden-style luxury apartment community at 10200 Falcon Pine Boulevard in East Orlando.  It is made up of 13 two- and three-story concrete block residential buildings on a low-density 21-acre site. The units are a family-oriented mix of one- two- and three-bedroom apartment homes with large floorplans – the average unit is 1,026 square feet.  All have washers and dryers, and feature spacious walk-in closets.

The purchase of Arium Falcon Pines represents TruAmerica’s fifth transaction in the state of Florida this year and third investment in the Orlando area.  Other assets are located in Boynton Beach and Fort Myers.

More than 60,000 people moved to Orlando last year and the population is expected to grow by 7.7% through 2021, providing a steady flow of potential new renters to the region, according to CBRE, which marketed the property for sale on behalf of the seller, a joint venture of the Carroll Organization and the Private Real Estate Group of Goldman Sachs Asset Management.

Orlando continues to flourish, ranked No. 1 in the United States for year-over-year job growth for the past two years. It is also ranked No. 1 in the country for population growth, increasing its number of residents by 2.6% in 2015. It is also the top meeting and tourist destination – more than 68 million people visited Orlando in 2015, more than any U.S. city ever and was recently ranked by U.S. News as “One of the Top Places to Live” in the United States.

TruAmerica will begin immediately on a multimillion dollar renovation program focusing on upgrading apartment home unit interiors, the majority of which have been untouched since Arium Falcon Pines was built in 2006. Upgrades will include new stainless “faux” steel appliances, stone countertops with undermount sinks, new cabinet faces, hard-surface floor, tile backsplash, and upgraded plumbing and lighting fixtures. TruAmerica also will make modest exterior upgrades including landscaping, signage, lighting and exterior paint to enhance the overall image and curb appeal of the property.