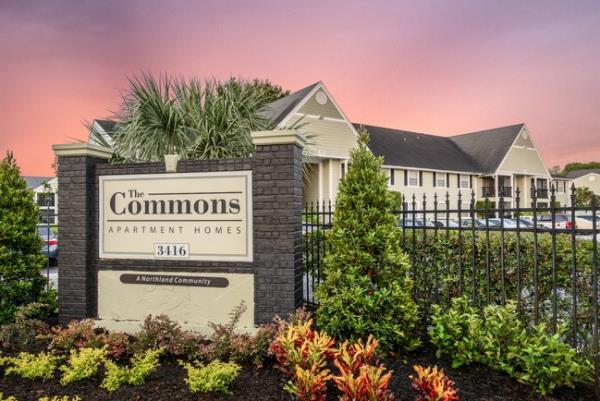 "FCP is pleased to add The Commons to our growing portfolio of apartment communities in Florida," said FCP Vice President, Jason Ward. He continued, "The location, the extraordinarily large units and access to excellent schools, the Westshore Business District and other major employers and nearby amenities makes this a very strategic addition to our Tampa communities." FCP has made six investments in Central Florida in the past 18 months with the company's portfolio now consisting of 815 operating multifamily units in addition to 603 financed units under development. FCP maintains a Florida office in Miami under the leadership of Bruce Gago.

The Commons features amenities that include a barbeque and picnic area, playground, dog park, a clubhouse, swimming pool along with spacious, air-conditioned units with private balconies, kitchen pantries, oversize closets and other family-oriented features. FCP will be making capital improvements to the community including the conversion of the leasing office to a gym and the addition of washers and dryers to the individual units.

FCP extends its appreciation to Matt Mitchell and Zach Nolan of HFF who represented the seller as well as Elliott Throne and Preston Reid of HFF for representing FCP in securing financing.

Federal Capital Partners (FCP) is a privately held real estate investment company that has invested in or financed more than $5.0 billion in assets since its founding in 1999. FCP invests in all asset classes and provides equity, preferred equity and structured debt investments for commercial and residential real estate. The firm, based in Chevy Chase, MD, owns and manages in excess of $2.3 billion in assets. FCP is currently investing its third investment fund, a recently closed commingled, discretionary fund targeted at real estate markets in the Eastern United States.