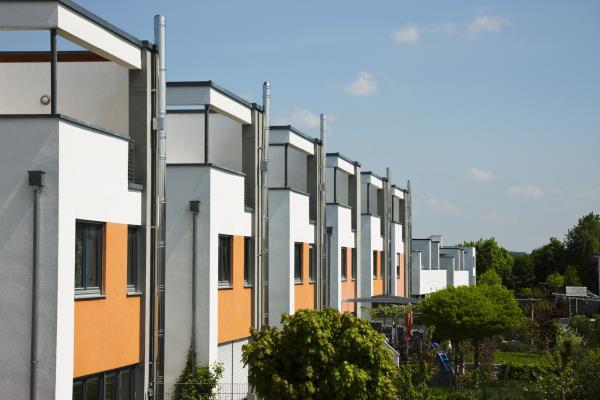 CAMBRIDGE, MA - The Lincoln Institute of Land Policy will unveil the largest study to date of inclusionary housing – the policy where developers reserve a portion of new development as affordable – at Intersections 2017, the annual affordable housing conference of the Grounded Solutions Network, in Oakland, California.

Inclusionary housing is gaining attention as a bulwark against displacement amid soaring housing costs. In the Working Paper Inclusionary Housing in the United States: Prevalence, Impact, and Practices, authors Emily Thaden and Ruoniu (Vince) Wang, of Grounded Solutions, survey the landscape of inclusionary housing in the United States, identifying 886 jurisdictions in 25 states that have enacted the policy. The paper documents nearly 200,000 affordable housing units that have been created and nearly $2 billion in fees paid by developers in lieu of building affordable units – likely underestimates because of missing data.

The paper also breaks down policies by different characteristics, including whether they are mandatory or voluntary, whether they create for-sale or rental units, and crucially, the length of time for which they require units to remain affordable. The paper finds that least 90 percent of inclusionary housing programs require that units remain affordable for 30 years or longer.

"This trend in local inclusionary housing programs differs from the relatively short-term affordability requirements in federal housing programs, which range from five to 30 years," Thaden and Wang conclude. "The embrace of long-term and lasting affordability requirements by local governments illustrates their commitment to preserve the affordable housing stock in their communities as well as the more prudent use of public and private investment in affordable housing."

As the authors point out, successful inclusionary housing policy depends on management and stewardship to ensure compliance and upkeep of units.

The paper, available for download on the Lincoln Institute website, builds on a body of work on affordable housing, gentrification, and displacement. The 2015 report Inclusionary Housing: Creating and Maintaining Equitable Communities, by Rick Jacobus, offers solutions for overcoming the major political, technical, legal and practical barriers to the adoption of inclusionary housing, as described in media coverage from Portland, Maine, to San Francisco, and in outlets such as Planetizen. The 2014 Working Paper Achieving Lasting Affordability through Inclusionary Housing by Thaden, Robert Hickey, and Lisa Sturtevant, provides a case study analysis of 20 programs.

The Lincoln Institute has done extensive research on community land trusts, a mechanism for providing permanent affordable housing that can be used on its own or in conjunction with inclusionary housing. According to data released in 2009, homeowners in community land trusts are much less likely to lose their homes to foreclosure than owners of market-rate homes, a finding further explored in a 2010 Land Lines magazine article, Outperforming the Market. In addition, The Community Land Trust Reader, a collection of 46 essays, brings together the seminal texts that inspired and defined community land trusts, and the report The City-CLT Partnership (also available at Intersections 2017) outlines how cities can provide investment and support to community land trusts.