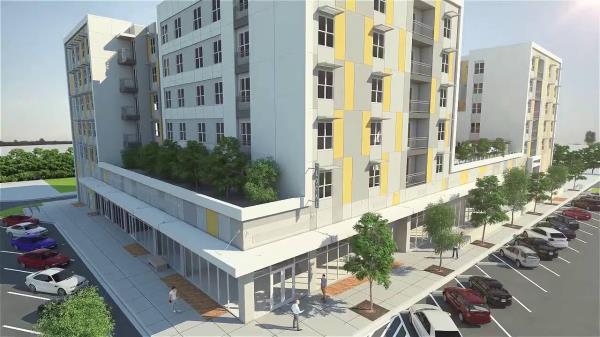 SAN MARCOS, TX - EdR, one of the nation's largest developers, owners and managers of high quality collegiate housing communities, announced the opening of The Local Downtown, a pedestrian-to-campus student housing community serving Texas State University in San Marcos. Including this development, EdR will add nearly $300 million in assets to its owned portfolio and deliver nearly $100 million in third-party developments in 2017.

The Local Downtown, a mid-rise community pedestrian to Texas State University, has 304 beds in floorplans ranging from studios to 4-bedrooms. Community amenities include a swimming pool, clubhouse, game room, media room, fitness center with saunas, structured parking and robust internet and Wi-fi throughout the building.

"With its pedestrian to campus location and amenity offering, The Local is one of the premiere living destinations in the San Marcos market," EdR CEO Randy Churchey said. "Texas State is a growing university and a market with tremendous opportunity."

Established in 1899, Texas State University is the fifth-largest university in the state with an enrollment of nearly 39,000 students and has experienced 19 consecutive years of enrollment growth as of the Fall 2016 semester. Designated an Emerging Research University by the State of Texas, Texas State is classified under "Doctoral Universities Higher Research Activity," the second-highest designation for research institutions under the Carnegie classification system.

EdR is one of America's largest owners, developers and managers of collegiate housing. EdR is a self-administered and self-managed real estate investment trust that owns or manages 82 communities with more than 43,200 beds serving 52 universities in 25 states.