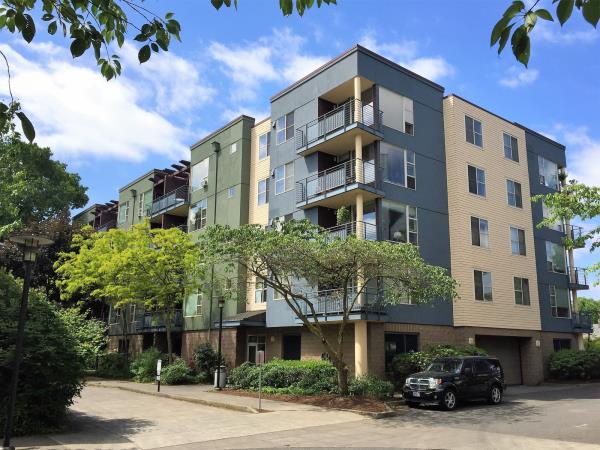 PORTLAND, OR - Security Properties has acquired The Commons and 5819 Glisan, two apartment complexes in Portland, OR comprised of 172 and 56 units respectively.

The Commons is a 5-story mid-rise affordable housing property that serves the 55+ community in eastern Portland. The property was originally constructed in 1999 utilizing 4% Low Income Housing Tax Credits and rents to seniors with incomes below 60% of area median income. 5819 Glisan is a 5-story mid-rise market rate property also constructed in 1999. These properties comprise two of the four housing developments in the mixed-income Center Commons development, which also includes Center Village, a housing community serving low-income families, and for-sale townhouses. With excellent proximity to the MAX rail system, these properties are very well connected to the greater Portland area.

5819 Glisan, which neighbors The Commons to the south, was purchased alongside The Commons. 5819 Glisan is a conventional family building whose use restrictions were released in 2014. It was built in conjunction with The Commons, and offers diversification as a community comprised of varied ages and incomes.

The acquisition was financed with a 10-year floating rate Fannie Mae loan sourced by Pillar Financial, a division of Sun Trust Bank, which, along with institutional capital, will provide the funding for a rehab on this property. The exterior envelope of the building will receive significant upgrades, along with an extensive interior rehabilitation plan that will include new appliances, flooring, lighting, countertops, cabinet fronts and kitchen/bath fixtures.

This acquisition will add to Security Properties' already large Portland portfolio that consists of over 1,000 conventional units. "We believe the demand for quality affordable and mixed-income housing in Portland is under served," said Steve TeSelle, Director of the Affordable Housing for Security Properties. "This renovation plan provides an opportunity to considerably improve the property as well as the community as a whole."

The Commons, 5819 Glisan and Center Village will be professionally managed by Security Properties Residential.