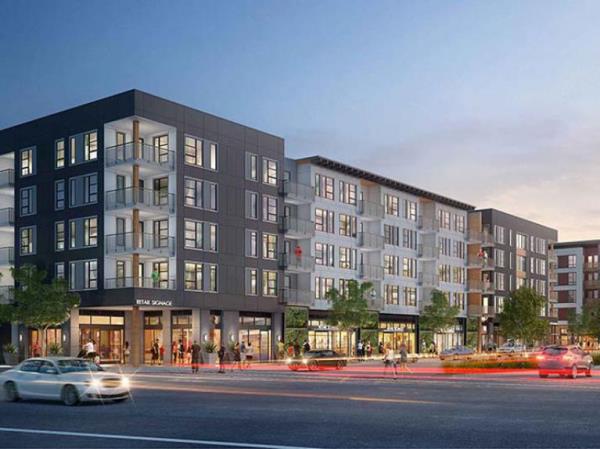 SAN JOSE, CA - Western National Group has purchased a 6.5-acre parcel of land from Berryessa Properties, owners of the San Jose Flea Market, a family-run business that remains one of the largest outdoor markets of its kind in the nation, for multifamily residential and retail space.

Western National Group plans to develop up to 560 multifamily units and approximately 37,000 sq. ft. of ground-floor retail space in the fifth phase at Market Park San Jose, a 120-acre, mixed-use, transit-oriented community adjacent to the Berryessa BART station, scheduled to open by the end of 2017.

With the proceeds from the sale of the current phase together with a previous transaction with KB Home to build 162 city-style townhomes on 5.6 acres of land, San Jose Flea Market will contribute $5,000,000 to the City of San Jose Dept. of Parks, Recreation and Neighborhood Services to help pay for two city parks totaling approximately 7 acres, plus an additional $6,000,000 for utility infrastructure improvements in Market Park's North Village.

The land sale transactions have been brokered by Ralph Borelli and Chris Anderson of Borelli Investment Company, a commercial real estate firm that has served the Santa Clara Valley for 62 years.

"As Silicon Valley continues to grow, there's an ever-increasing need for places for people to live," said Ralph N. Borelli, chairman of Borelli Investment Company.  "Market Park San Jose, located immediately adjacent to the soon-to-open Berryessa BART station, is ideally situated for families and individuals — whether they plan to work in downtown San Jose, at one of the Valley's many high-technology firms, or in Oakland or even San Francisco, which will be only about an hour away via convenient BART."

Modern one-, two- and three-bedroom apartments will be offered within a multi-building, mid-rise complex — with retail stores and restaurants occupying street-level spaces.  The apartments will feature efficient design layouts highlighted by attractive accents and upscale finishes, in a location that's ideal for those with active lifestyles.

When added to the 449 townhomes and single-family residences previously built by KB Home or nearing completion within the community, the new apartments will bring the total number of housing units there to more than 1,000.  Still planned are another 100,000 sq. ft. of supermarket-anchored retail space in a center to be developed in Market Park's North Village.  The shopping center is scheduled for a 2019 opening.

The master-planned community is also envisioned to eventually host a separate South Village with an additional 1,818 residential units and up to 2,000,000 square feet of mid-rise office and retail space, plus parking.  VTA and BART service, as well as a new interchange at Mabury Road and Highway 101, will allow for efficient transportation for the residents and those people employed at Market Park San Jose.

"The Market Park community is destined to become one of San Jose's signature mixed-use developments," Borelli remarked.  "With affordable housing, retail and restaurants, future office space, neighborhood parks, lush greenbelts, and the Coyote Creek trail bisecting the community, this will be a uniquely welcoming and reinvigorating place to live."