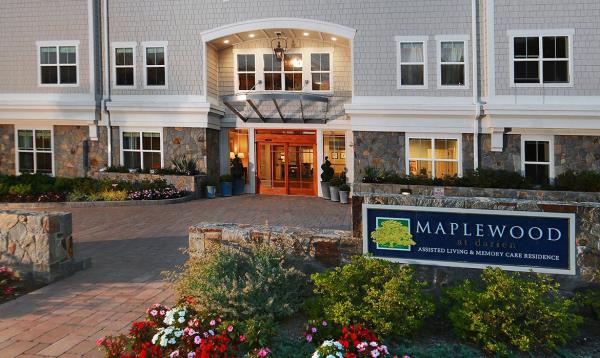 DARIEN, CT - Maplewood Senior Living announced that it will begin construction of a 34-unit expansion for the sought after Maplewood at Darien in late summer 2017. Maplewood has purchased an adjacent property which will be demolished to accommodate the addition.

The expansion will increase Maplewood at Darien's current 66-unit community to 97 and will continue to provide specialized care to residents with traditional assisted living and memory care needs. The interior design will carry the same Newport Inn style of elegance and sophistication seen throughout the entire community.

"We are thrilled to have the opportunity to expand Maplewood at Darien and provide needed support to area seniors who wish to stay in Darien," said Gregory D. Smith, President and CEO of Maplewood Senior Living.

Stein-Troost of Norwalk, Connecticut is the architect and Redniss and Mead is the civil engineer. Both have worked on a number of Maplewood Senior Living developments over the years, including the original Maplewood at Darien.

Based in Westport, Connecticut, Maplewood Senior Living is known for its upscale senior living residences, offering a broad range of premier services, amenities and care to its residents.  Maplewood Senior Living owns and operates six assisted living and memory care communities in Connecticut, as well as additional locations in both Massachusetts and Ohio. Future developments include Princeton, NJ, as well as the Upper East Side of Manhattan.