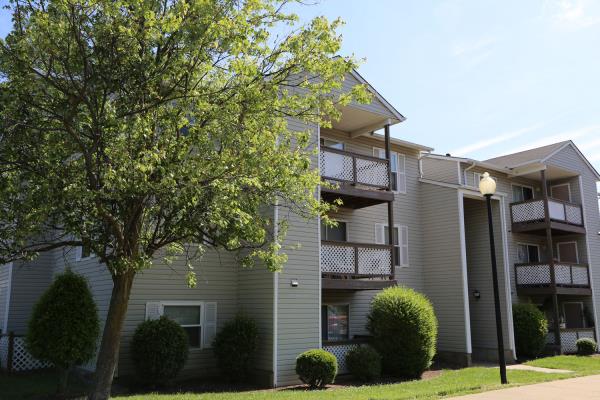 LOUISVILLE, CO - H2 Capital, a privately-held multifamily real estate investment firm based in Louisville, CO, continues to grow its portfolio with the company’s first set of out-of-state acquisitions. H2 recently closed on 302 units in Virginia in a $20.6MM off-market transaction, consisting of 120 units in Richmond (Laurel Pines Apartments) and 182 units in Roanoke (Frontier Apartments). These two deals come on the heels of H2's first acquisition, a 280-unit apartment community in Fort Collins, Colo. (The Argyle at Willow Springs Apartments), which closed in late 2016 for $50,250,000.

“While attending law school at the University of Richmond from 2003-2006, I began to understand the strength of the local Virginia economies and the housing value Virginia residents receive relative to other U.S. markets. We are thrilled to close on our first acquisitions in Virginia and look forward to growing our presence in the Mid-Atlantic Region,” said Chris Geer, one of the founding partners of H2. “Both of these properties are well-built and represent a meaningful housing solution to our target demographic.”

The 138,400sf Frontier Apartments, built in 1972, consists of sixteen buildings and a clubhouse, and is currently 94% occupied. The transaction closed March 3, 2017, for a price of $10,000,000, or about $54,945 per unit. The new buyer assumed an existing Fannie Mae mortgage and took out a small supplemental Fannie Mae loan as part of their acquisition of Frontier, for a combined LTV of 76%. Pinnacle Property Management has been awarded the management contract for both of these Virginia deals.

The 258,528sf Argyle property, built in 1999, consists of fifteen buildings and a clubhouse, and is currently 95% occupied. The transaction closed September 28, 2016, for a price of $51,250,000, or $183,036 per unit, and H2 intends to spend approximately $6,250 per unit on cosmetic improvements to the units and an extensive $300,000 clubhouse, pool area and common area renovation. The buyer took out a new Freddie Mac mortgage as part of their acquisition of The Argyle at roughly 72% LTV. Mission Rock Residential has been awarded the management contract.

H2 Capital was formed in 2016 by three veteran real estate principals: Chris Geer, Eric Mallon and Terry Simone. Collectively, they have been involved in the ownership, acquisition, asset management and property management of approximately 20,000 multifamily units representing over $1B in aggregate value, and have proven their ability to identify and unlock asset value by instituting capital improvement programs and best management practices.

“H2 has been a long time in the making, and a natural evolution of all of our careers,” said Mallon. “Before H2, Chris and I were both operators turned investors and found that we were pursuing many of the same deals. We thought that we’d be more formidable by joining forces, and partnering with Terry is really the icing on the cake. Terry brings a tremendous wealth of operational knowledge and industry contacts that are invaluable to our growth.”