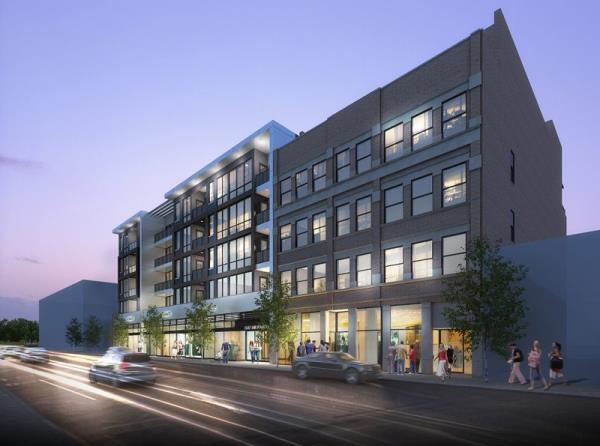 CHICAGO, IL - CIM Group announced that it has acquired two newly-constructed buildings at 1643 North Milwaukee Avenue, a mixed-use residential, office, and retail building completed in 2016, and 1237 North Milwaukee Avenue, a mixed-use residential and retail building that just received a Certificate of Occupancy. The buildings are conveniently located in Wicker Park in the Near North Side area of Chicago.

1643 North Milwaukee is located two blocks from the Damen stop on the L’s Blue line, with direct access to both downtown Chicago and O’Hare International Airport. Directly across from 1237 North Milwaukee is the Division stop on the L’s Blue Line, one stop closer to the Loop from the Damen stop for a short commute into downtown, Fulton Market and the West Loop.

In recent years, Wicker Park has transformed to become a hub of culture and entertainment within Chicago as well as home to new residential units served by an array of retailers ranging from boutiques to daily needs providers and services, with a host of dining options including popular bars, restaurants and quick-serve food outlets.

“CIM’s community-focused approach to urban investing and our various investment strategies have allowed us to build a diverse real estate portfolio in Chicago, which includes ground-up development, stabilized buildings, marquee assets as well as other community-serving properties encompassing a range of property types in both well-established neighborhoods and transitional areas like Wicker Park,” said Avi Shemesh, Principal and Co-Founder of CIM Group.

CIM identified the Chicago area more than a decade ago as a community that possesses the attributes that fit its investment strategy. The acquisition of these two properties continues the firm’s investment program in Chicago. CIM Group currently has approximately 3.4 million square feet of properties in the city including the Tribune Tower, Block Thirty Seven, Marquee at Block 37, 440 South La Salle, 1001 S State, 625 N Michigan, 1550 N Clark, and 1326 S Michigan, which is currently under development.