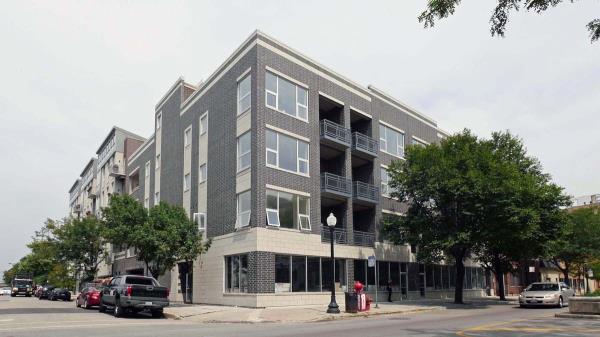 Once an industrial area, the West Loop has emerged as one of the most popular neighborhoods in Chicago, boasting award-winning restaurants and new retail, office, hotel and residential developments. The Aberdeen is positioned in the heart of this fast-growing neighborhood, less than two blocks from Randolph Street’s Restaurant Row. The area continues to attract high-profile employers that are moving all or part of their operations to the city, some from adjacent suburbs. 1KFulton, home to Google’s Midwest headquarters, is less than a half-mile from The Aberdeen, while McDonald’s future global headquarters, scheduled to open in 2018, is one block north of the community.

“This is a great opportunity for Waterton to make its mark on one of Chicago’s most sought-after neighborhoods,” said Mark Stern, senior vice president of acquisitions at Waterton. “With world-class restaurants steps from the community’s front door and the rapid influx of jobs only adding to the area’s appeal, The Aberdeen’s location could not be better.”

Apartments at the four-building community include a mix of studio, one-, two- and three-bedroom floor plans. All units feature 10- to 11-foot ceilings, bamboo hardwood flooring throughout all bedrooms and living areas, and modern kitchens with solid wood cabinetry, granite countertops and stainless steel appliances. In addition, each apartment includes spacious closets, in-unit laundry and private patio or balcony. Attached heated garage parking is also available.

“Waterton plans to make minor cosmetic changes to each of the four lobby areas and hallways,” said Stern. “We also look forward to leasing the two ground-floor retail spaces that are currently occupied by the former owner, who developed the property in 2014.”

In addition to offering convenient access to nearby shops and restaurants, The Aberdeen is along the CTA’s No. 20 Madison bus route, three blocks from the Pink and Green lines, and within walking distance of Metra lines at both the Ogilvie Transportation Center and Union Station.