Top Cities for Millennials Named by Realtor.com with Salt Lake City and Miami Topping the List 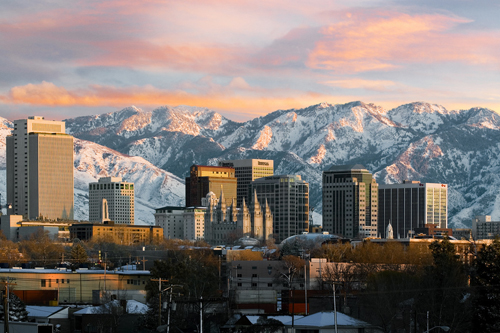 "High job growth in markets such as Orlando, Seattle, and Miami, and the power of affordability in places like Albany and Buffalo are making these markets magnets for millennials." said Javier Vivas, manager of economic research for realtor.com. "But what really stands out is that all these markets already have large numbers of millennials, which translates into strong populations of millennial home buyers."

The average share of the 25-34 year old population in the U.S. is 13 percent, but in these top markets, the average share is 14 percent. Salt Lake City, No. 1 on the list, happens to also have the highest share of milllennials, comprising 15.8 percent of its total population. Seattle is close behind with a millennial population at 15.2 percent, Los Angeles and San Francisco tie for third with 15.0 percent.

Economic growth and relative affordability make these markets really attractive to first-time home buyers. Salt Lake City has the lowest unemployment rate of all the markets on the list at 2.9 percent, which is well below the national unemployment rate of 4.7 percent. The job market is also a factor in San Francisco and San Jose, with the unemployment rate at 3.7 percent. When it comes to affordability, Buffalo is No. 1 with the most affordable home prices relative to salary, at 22.7 percent. It's followed by Albany where people only use 27.3 percent of their income on a home and Salt Lake City where buyers use 30 percent.

Salt Lake City: The draw: The excitement of an urban city with the relaxed vibes of a mountain town. Large tech companies such as Adobe are attracting the millennial generation to this area by offering innovative workspaces, large salaries and an overall high quality of life.

The stats: Millennials make up 15.8 percent of the population. Homeowners spend 30 percent of their income on their home and the unemployment rate is 2.9 percent

Miami: The draw: An international mecca for tourism and entrepreneurship.

Millennial hotspots: Wynwood, located just north of downtown, offers a strong art community. South Beach is a strong draw for business and fashion oriented millennials looking to make it big in their careers.

The stats: The millennial population makes up 13.1 percent of the population. Affordability is tough, requiring the average buyer to spend 49 percent of their income on a home. Its unemployment rate is 5.1 percent, slightly above the national average.

Orlando: The draw: Downtown Orlando is becoming a hot area and offers easy access to public transportation, shopping and dining, as well as a proximity to many jobs.

Millennial hotspots: Thornton Park, located just east of downtown has also become popular among millennials who are looking to live in a unique historic neighborhood with cobbled streets and lined with bungalows.

The stats: Millennials account for 14.6 percent of the total population in Orlando. Homes are affordable here and only require 34 percent of income. The unemployment rate is below the national average at 4.4 percent.

Seattle: The draw: With big company names such as Starbucks, Amazon, Filson, K2 and REI, it's not hard to imagine why so many millennials want to live and work in Seattle.

The stats: Seattle has the second largest millennial population, at 15.2 percent, of all the towns on the list. It offers affordability of 35.6 percent and an unemployment rate of 4.2 percent.

Houston: The draw: A booming job market is drawing many young millennials looking to jump-start their careers.

The stats: Houston's population is made up of 14.5 percent millennials. While people spend 36.1 percent of their income on homes, the unemployment rate in Houston is slightly higher than the national average at 5.4 percent.

Los Angeles: The draw: Companies such as Snap Inc. and Airbnb draw tech driven millennials to what is now being referred to as "Silicon Beach," while actors, comedians and music artists are still drawn to the area for a chance at fame.

Millennial hotspots: Silver Lake is a hotbed for millennials looking for a  young and creative community.

The stats: Millennials make up 15.0 percent of the population. While the unemployment rate is in line with the national average at 4.7 percent, affordability is difficult in Los Angeles with people spending 64.1 percent of their income on a home.

Buffalo: The draw: Money is flowing into the area as a tech scene begins to expand from incubation competitions such as 43 North, which awards $5 million in prizes yearly.

Millennial hotspots: With a revitalized waterfront, downtown Buffalo and North Buffalo are becoming hot real estate for trendy millennials who are looking for easy access to shopping and dining as well as a family oriented community.

The stats: For those millennials looking to spend more time outdoors, Buffalo has a millennial population of 13.4 and an unemployment rate of 5.6 percent. It is the most affordable market on the list, where people only spend 22.7 percent of their salary on their home.

Albany: The draw: Albany is slowly becoming what is referred to as the "Silicon Valley of the East Coast," with companies such as GE putting up headquarters and employing over 7,000 people. The large tech scene popping up is attracting many young millennials who want to be in tech, but don't want to pay for real Silicon Valley housing prices.

The stats: Millennials make up 12.7 percent of Albany's population. It offers both affordable housing at 27.3 percent of income and a low unemployment rate at 4.5 percent.

San Francisco: The draw: San Francisco's tech fueled job market is pumping millennials into the area left and right, however, sky-high housing prices are pushing many of the newcomers to the outer neighborhoods and forcing them to rent.

Millennial hotspots: North Beach and the Mission have become popular for the young tech generation that have established themselves and earned a large paycheck, while the Sunset District and Daly City offer more affordable housing options – relative to the rest of the city.

The stats: In San Francisco, millennials make up 15 percent of the total population. While the unemployment rate is really low at 3.7 percent, affordability is a concern with people spending 56.2 percent of their income on a home.

San Jose: The draw: Opportunity to work in some of the most innovative companies in the U.S. as well as the infamous Silicon Valley paycheck, are major drivers drawing millennials to the area.

Millennial hotspots: Centrally located downtown San Jose is attracting many millennials because of its public transportation as well as trendy shops and unique dining experiences.

The stats: Millennials make up 14.2 percent of the total population in San Jose. Similar to San Francisco, the unemployment rate is low at 3.7 percent but homes cost 53 percent of income.