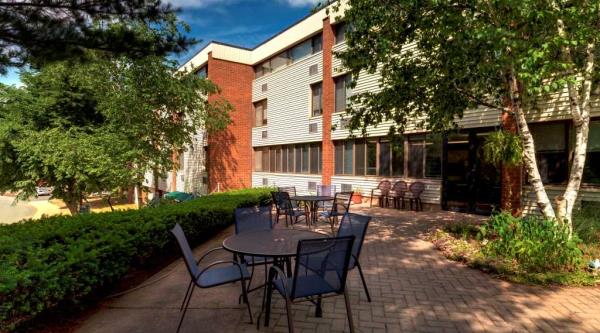 These senior properties are located in the Waterbury region west of Hartford, Connecticut. The 404 units consist primarily of studios and one-bedrooms, with a few two bedroom units. All properties benefit from a Project-Based Section 8 Housing Assistance Payment (HAP) contract for 100% of units.

The Fund's mission is to identify and preserve affordable housing developments that are both sound investments and important components of the social fabric in their broader communities. Since the Fund's inception, six properties totaling over 850 units in Maryland and Ohio have been acquired. The addition of the Connecticut properties will bring the total to ten properties and over 1,200 units.

"This type of portfolio acquisition is very well suited for the Fund as an intermediary buyer as it combines the financial capacity and development expertise of both partners," said Mecky Adnani, Sr. Vice-President, NHPF. "We are proud of this collaboration that enables us to preserve the long term affordability and viability of these properties for their intended senior community."

"The portfolio boasts complexes with different locations ranging from walkable urban to a more country setting," continued Adnani.  "The properties are part of a portfolio of buildings originally developed by John Errichetti, a prominent real estate developer in the Waterbury area, prior to his passing in 2001."  The portfolio was owned and managed by Beacon Communities since 2007 in conjunction with the New Boston Fund.

According to John Nunnery, senior vice president and manager of preservation at PNC Bank, the equity investor in the Fund, "The acquisition of these three properties supports PNC's commitment to strengthening communities and preserving affordable housing."  Recapitalizations are expected to take up to three years to complete.

Exchange Place Tower Apartments – Located at 44 Center Street, Waterbury, CT, Exchange Place Tower was built in 1983 and includes 145 one-bedroom and five two bedroom units within the 11 story building. Exchange Place is located in an urban area in the city's historic district, making it easily accessible to retailers, cafes, St. Mary's Hospital and local University of Connecticut campus. It is located less than a mile away from the MTA rail station which provides access to New York City.

"This acquisition affords us the opportunity to upgrade these properties and provide seniors what they are looking for in quality housing," said Richard Burns. "We plan to improve and update the units for this population segment which is expected to grow 57% by 2040."