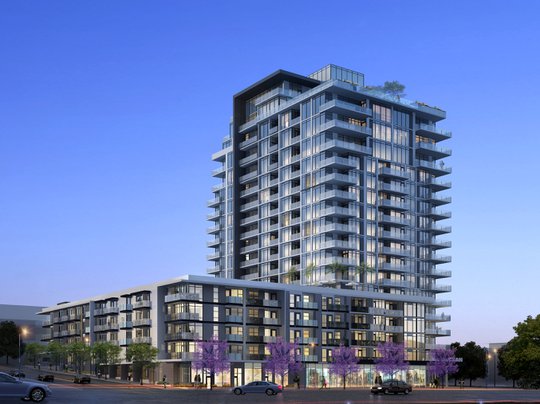 SAN DIEGO, CA - Swinerton Builders and Trammell Crow Residential celebrated the topping out of the Alexan San Diego project. The project topped out at a final height of 220 feet, which includes a 19-story Type 1 apartment tower, a four-story Type V low-rise, with three levels of underground parking.

In all, the Alexan San Diego will feature 313 apartments with many upscale amenities, including an 18th Floor pool and spa overlooking the San Diego skyline and Pacific Ocean.

The project is expected to have first occupancy in the fourth quarter of 2017 and is located on the corner of 14th and K streets in the East Village neighborhood of downtown San Diego, one block away from the San Diego Public Library and just three blocks away from Petco Park.