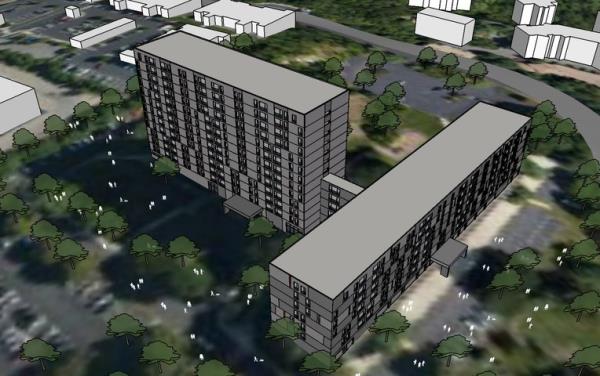 SALEM, MA - Silver Street Development Corporation (SSDC) announced the addition of Pequot Highlands, a 250-unit development located in Salem, MA, to its portfolio, an acquisition that was completed in the face of a myriad of difficulties to the satisfaction of both the selling party and the involved local and state agencies through the course of a concise 7-month period of negotiations and deal-structuring.

The final architecture of the deal, which closed December 22nd, 2016, sees Silver Street committing to $65M in total development costs, $20M of which are apportioned for a large-scale rehabilitation, with a 100% increase in affordability (from 100 to 200 low-income units) and financing via Tax Exempt Bonds issued by the Mass Housing Finance Authority (MHFA).

Ever since its construction in 1971, Pequot Highlands has been an important source of affordable housing for the community of Salem, MA. As a flagship property of the prior owner it boasted amenities including playgrounds, gazebos, a basketball court, a computer center, and views of both the ocean and the Boston skyline, but in recent years it had been beset by architectural issues due to the deterioration of the brick façade of the mid and high-rise towers which together constitute the complete residential offerings of the property.

Seeing an opportunity to preserve an important asset while extending affordability to the community, Silver Street, traditionally adept at navigating the complex financing and government regulatory issues inherent in uniquely challenging acquisitions, was able to structure the deal with the following general terms, ensuring maximum value for the seller while expanding and extending affordability and committing substantial funds to a robust rehabilitation of the property: $65M committed in total development costs; $20M committed to rehabilitation costs; 125 units (50%) subsidized via a continuation of Project-Based Section 8 vouchers on a 15-year contract with the SHA; 200 units (80%) affordability restricted via the Tax Credit Program until 2098; Financing secured through Tax Exempt Bonds issued by MassHousing; and Equity investment by Boston Financial Investment Management.

This marked expansion of affordability at Pequot Highlands was the direct result of the flexibility and cooperation of the MassHousing. MassHousing recognized Pequot's status as a critical asset in need of large-scale rehabilitation and, being well aware of Silver Street's ability to both complete the acquisition and see through to fruition the rehabilitation process, financed the project via Tax Exempt Bonds despite the scarcity in the state of available funds throughout 2016. "We could not have closed this complex acquisition," says Chris Poulin, principal, "without the deep understanding, commitment and support of Mass Housing, DHCD, the Salem Housing Authority, and Boston Financial."

The rehab will allow for a $11M façade overhaul, which will see the red brick popular in the 1970s replaced with modern, insulated, and energy efficient metal paneling and windows, and over $9M in updates to both common and private space within the complex, the façade delivering a projected 10% reduction in energy use alone. Silver Street is thus aiming with this rehabilitation to reposition Pequot Highlands within the community, transforming the property into a contemporary vision of prideful community living.

The finesse seen throughout the structuring of the Pequot Highlands' acquisition and rehabilitation illustrates both the vitality and commitment of Silver Street's partner network and SSDC's ability to maneuver despite complex and demanding circumstances, demonstrating an approach to deal-making within which investors, government agencies, and, current and future tenants all stand to benefit.