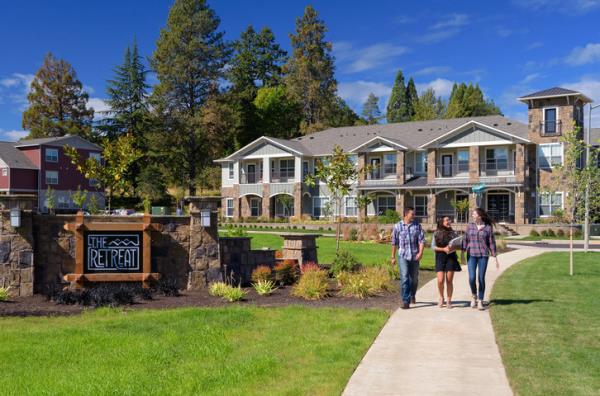 CORVALLIS, OR - EdR, one of the nation's largest developers, owners and managers of high quality collegiate housing communities, announced it acquired The Retreat at Corvallis, serving Oregon State University in Corvallis, Ore.

Built in 2015, The Retreat at Corvallis includes 1,016 beds pedestrian to the Oregon State campus in a mix of one, two, three, four- and five-bedroom floor plans in both traditional apartment configurations (60 percent) and cottages (40 percent).

"With 95 percent occupancy this year and a location pedestrian to campus, this community is a great complement to our top of class student housing portfolio," said Tom Trubiana, EdR president. "When paired with our development at Boise State, this community significantly increases our footprint in the Northwest."

Oregon State is just one of two universities in the country to hold land-grant, sea-grant, space-grant and sun-grant status. With a Fall 2016 enrollment of 30,354 students, the university has added more than 6,500 students to its rolls since 2010. The university has nationally recognized programs in Environmental Science and Engineering as well as Forestry and Agricultural Sciences.

EdR is one of America's largest owners, developers and managers of collegiate housing. EdR is a self-administered and self-managed real estate investment trust that owns or manages 87 communities with more than 45,400 beds serving 54 universities in 25 states. EdR is a member of the Russell 2000 Index, the S&P MidCap 400 and the Morgan Stanley REIT indices.