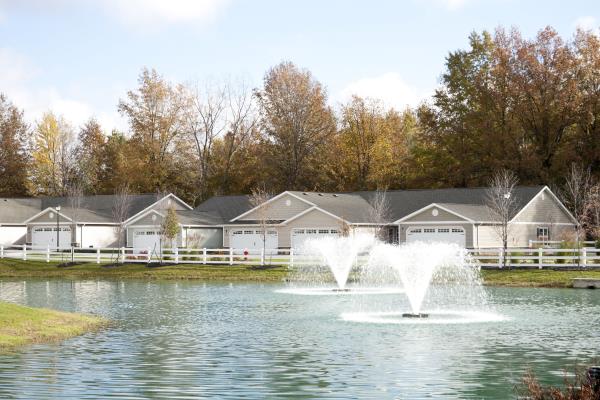 COLUMBUS, OH - Redwood Living and RED Mortgage Capital, the mortgage banking arm of RED Capital Group, LLC (RED), recently celebrated a significant milestone in their relationship with the closing of a $4.17M bridge loan for an eventual FHA 223(f) refinance on the Lakes of Ridgecrest Phase 4 in North Ridgeville, Ohio. With this closing, the two firms have now collaborated to close 50 unique financings for Redwood-owned assets, totaling in excess of $340M.

Redwood, one of the nation’s largest developers of single-story apartment homes, currently manages over 9,000 units across the Midwest and into the Carolinas. RED is a Fannie Mae DUS lender and the number one producer of FHA insured mortgages by loan count of total closings in HUD FY15 and FY16.

“Redwood was growing rapidly in the early 2000s, but the housing crisis led to a distressed lending environment,” stated Andy Warnock, Director of Multifamily Housing for RED. “Redwood was looking for options outside of Wall Street to provide permanent financing to their newly constructed projects. We introduced Steve Kimmelman, CEO of Redwood, and his team to agency lending options and a deep relationship – and meaningful friendship – commenced.”

“We trust RED,” said Kimmelman. “Andy and his team share a similar mindset and culture to our team at Redwood. Our finance department often communicates as frequently with RED employees as they do their own colleagues. That foundation of trust and the open lines of communication have allowed for tremendous success by both firms during – and after – one of the most challenging real estate markets in recent history.”

As Redwood’s portfolio has grown, so too has their need for permanent financing. RED closed three transactions with Redwood in 2009 totaling $12.18M. In 2016, RED closed and/or arranged financing for 14 Redwood assets exceeding $107M in loan volume.

David Conwill, President of Redwood Living, credits much of Redwood’s positive growth to its relationship with RED, stating, “RED Capital Group gets it. They are more than a lender; they are a trusted advisor who helps manage our pipeline, strategize new construction and refinance opportunities, attends internal committee meetings and champions the Redwood brand. Without the combination of resources between the two firms, Redwood’s torrid growth would be far less manageable.”

Redwood has grown from 17 properties and 1,536 units in 2009 to 110 properties and 9,032 units today (some of which are currently under construction), an annualized growth rate of 29%. Redwood has also expanded their footprint outside of Ohio to include assets in Michigan, Indiana, Kentucky, Iowa, North Carolina, and South Carolina, with plans for further expansion.

“We appreciate Redwood’s loyalties,” Warnock said. “Here’s to the next 50 closings.”