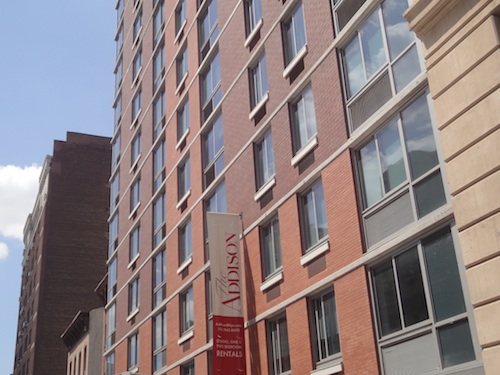 The Addison, located at the convergence of the established Boerum Hill neighborhood and rapidly evolving Downtown Brooklyn, was delivered in 2011 and consists of 271 apartment units in two high-rise towers as well as 6,600 sf of ground floor retail, and a 109-space below-grade parking garage. The property has a direct entrance to the Hoyt-Schermerhorn MTA station on the ground floor, which is three subway stops from Fulton Street, Downtown Manhattan's main transportation node, and a 20-minute ride to Midtown Manhattan.

"The New York City market continues to be one of the most dynamic and best performing markets in the country, especially in the multifamily asset class. Downtown Brooklyn is experiencing an influx of renters attracted to its proximity to Manhattan as well as the rapidly evolving dining, shopping, and entertainment amenities in Brooklyn," said Kevin Rivest, Senior Vice President, Transactions at Bentall Kennedy. Along with the broader New York City economy, Brooklyn is expected to see continued job and population growth as the office market expands in Downtown Brooklyn as well as several other locations throughout the Borough.

"This acquisition aligns with the core strategy of MEPT, which is to invest in primary, knowledge-based markets throughout the US," stated David Antonelli, Executive Vice President and MEPT Portfolio Manager at Bentall Kennedy. "Investing in urban, transit-served locations within these major markets remains a key strategic objective of the Fund. With this acquisition, MEPT's total investment in the greater New York market exceeds $1.5 billion in gross asset value."

The Addison is well-positioned to capture the significant long-term upside of the continued evolution of the submarket due in part to its central location on Schermerhorn Street, the traditional border between Boerum Hill and Downtown Brooklyn. Boerum Hill's high quality of life and neighborhood vibe continue to transform areas north of its traditional border on Schermerhorn Street. In comparison, Downtown Brooklyn, a traditionally "9-to-5" office district, is undergoing a rapid transformation led by numerous large-scale, mixed-use developments.