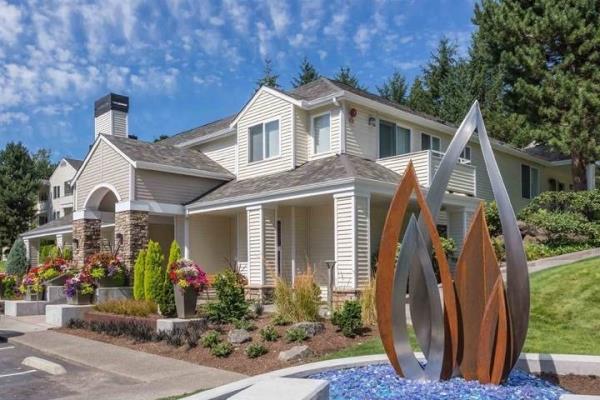 The location is excellent as it has a low density, suburban feel, but also offers residents direct access into the city's rapidly growing town center, less than 1 mile south of the property.  Redmond has one of the best "urban suburban" town centers in the region and it is a model that many other cities have tried to replicate.  With light rail coming in 2024, Redmond's should continue to thrive.  Additionally, just ½ mile south of the property Avondale Way turns into SR-520, servicing Microsoft's World Headquarters (35k employees) less than 10 minutes south as well as other major eastside employers such as Nintendo, Google and Tableau.

The site was originally developed in 1993 but was constructed with 9 foot ceilings, a unique detail for multifamily constructed during this time and a huge differentiator over many of the comps. This feature, combined with the large average unit size (1,091 Sq. Ft.) and high concentration of corner units (90%) make the asset ideally suited for Redmond's family oriented demographic.

The median listing home price in Redmond is nearly $700K and the average income within three miles of the subject is $109,000. The Heights is part of the Lake Washington School District, which is repeatedly ranked as one of the top districts in the state.

The business plan is to renovate all of the units to a high-end spec as well as update the clubhouse and paint the exterior.

Barrett Sigmund, Sr. Director at Security Properties, says, "Heights is rare in the market in that it has nine-foot ceilings, large units, and a low density setting.  By layering our rehab program unto the irreplaceable physical asset, we will have one of the best value propositions for renters in the Redmond market."

The property will be managed by Security Properties-affiliate Madrona Ridge Residential.