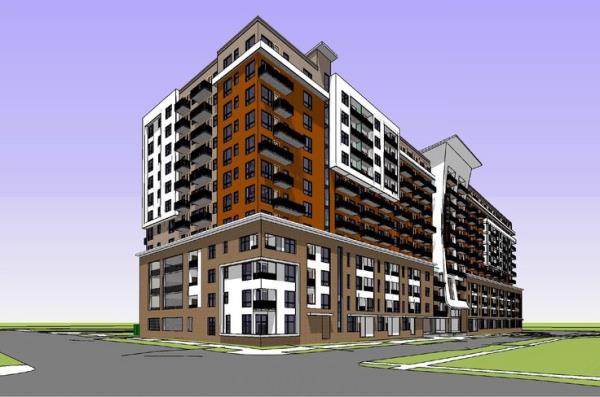 Alexan Uptown is Prescient’s tallest structure to date in Denver. The 12-story, 372-unit apartment building features more than 450,000 square feet of total building area and consists of eight stories of Prescient structure on top of a four-story concrete podium. The project, owned by Trammell Crow Residential, was contracted by Martines Palmeiro Construction, designed by Kephart Architects and engineered alongside Anchor Engineering.

“I first came to know Prescient four years ago and recognized they possessed a unique value proposition – a better way to design and build multi-unit buildings,” said Matthew Schildt, managing director of development at Trammell Crow Residential. “Prescient had developed a standardized structural system and design software that promised to expedite the process and deliver significant savings.”

Prescient, which recently expanded its 12-acre, 120,000 square foot Arvada, Colorado, headquarters and manufacturing facility, is on track to complete 1.5 million square feet of projects during 2016. In February 2017, Prescient will begin production at its 10-acre site near Raleigh-Durham, North Carolina. The company is building a 135,000 square foot manufacturing facility to more efficiently service markets along the East Coast up and down the I-95 corridor from Maine to Miami and all markets east of the Mississippi River.

“Prescient is fast becoming the urban-infill solution of choice in Denver. Our partnership with Trammell Crow Residential has been the cornerstone of our growth in this city, and we’re thankful for that,” said Satyen Patel, chairman and CEO of Prescient.