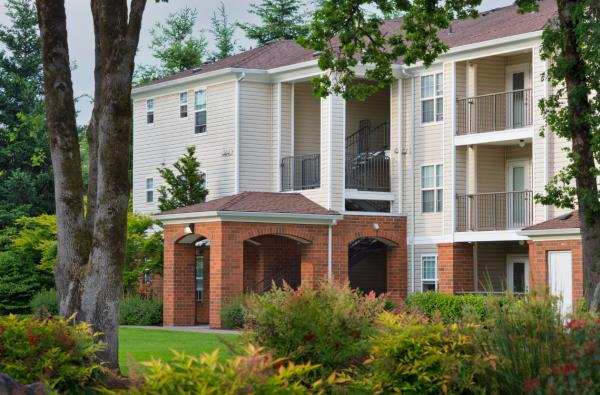 On Thursday, Kennedy Wilson acquired 100% of Alara Hedges Creek for $93 million, securing a $60 million 10-year fixed rate loan from Freddie Mac at 3.59%, interest-only for 5 years. The loan’s interest rate was locked in October. The $33 million equity investment was primarily funded from the net sale proceeds of The Academy, a 175,000 sq. ft. office building in North Hollywood, CA, which was sold in October. Alara Hedges Creek is a low-density garden style community situated on 20 acres. The property is located in the Portland suburb of Tualatin, near an abundance of upscale retail destinations, recreation and entertainment options. Kennedy Wilson’s value-add asset management strategy includes unit renovations with upgrades to the appliances, countertops and flooring.

On Wednesday, Kennedy Wilson and its partner sold The Grove for $96 million, generating $58 million in net proceeds, including $29 million to the company which equates to a 5.0x equity multiple over the life of the investment. Kennedy Wilson held a 50% ownership interest in The Grove.

On Wednesday, Kennedy Wilson refinanced Bella Vista at Hilltop, a wholly-owned asset, with a new $175 million 10 year fixed-rate loan at 3.50% from Fannie Mae, interest-only for the entire term. The loan’s interest rate was locked in September. The property previously had two loans totaling $126 million at an average interest rate of 4.6%, of which $91 million was due to mature in June 2017. This represented the company’s largest debt maturity in 2017.