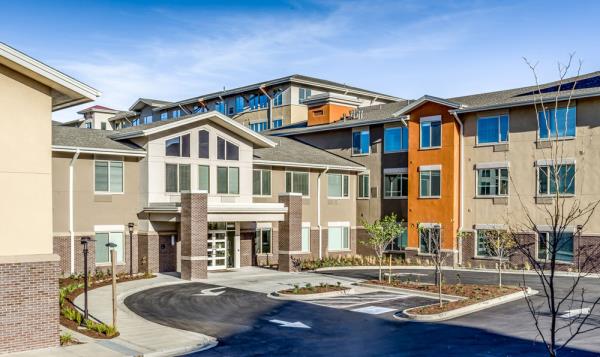 The company’s most recent senior living project, Providence Living at Stuart, owned by Providence One Partners LLC and located in Stuart, Fla., is a 108,000-square-foot, two-story structure that includes 68 assisted living units and 32 memory care suites. The project was designed by Baker Barrios and constructed with F.M. Harvey Construction.

“Our system is ideal for senior living projects,” said Satyen Patel, chairman and CEO of Prescient. “The Prescient platform is significantly more cost-efficient compared to concrete or wood, and our ability to accommodate different types of units allows us to trim months off typical construction schedules, which means minimized neighborhood disruption and an expedited track to earnings, return on investment and project internal rate of return for developers.”

Prescient structures consist of a combination of pre-assembled steel posts, trusses and panels that are custom-manufactured using Prescient’s proprietary design software. The system is a viable option for senior housing projects because it is a non-combustible solution that minimizes disruption in the areas surrounding the construction zone and reduces the need for rework, helping owners meet timelines and budgets.