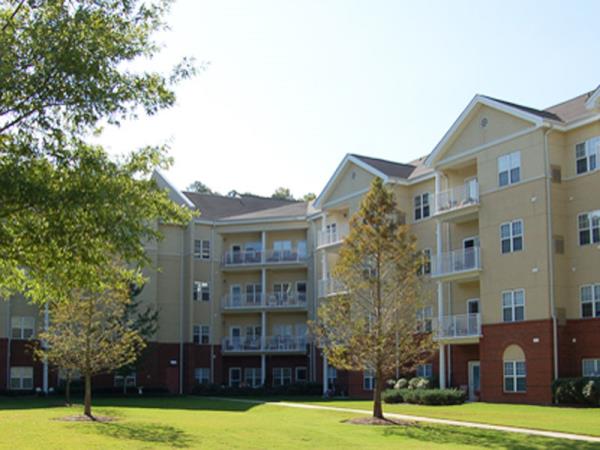 IRVINE, CA - HCP announced that it has entered into definitive agreements to sell a portfolio of 64 properties leased to Brookdale Senior Living for an aggregate sales price of $1.125 billion to affiliates of Blackstone Real Estate Partners VIII L.P.

HCP intends to use the proceeds primarily to pay down debt and for general corporate purposes.

In addition, HCP and Brookdale have agreed to complete several other transactions, as outlined below.  Combined, these transactions will advance our strategic priorities to reduce Brookdale concentration, improve lease coverage, diversify our operator relationships and strengthen our balance sheet and credit profile.

Overview of the Brookdale Transactions

Sell a portfolio of 64 triple-net assets comprising 5,967 units for $1.125 billion, or $189,000 per unit, representing a trailing twelve month lease yield of 8.0%, inclusive of a portion of the rent re-allocation as described below.  Occupancy for the portfolio was 85.2% during the third quarter 2016, and EBITDAR-to-rent coverage was 0.81x for the trailing twelve months ended September 30, 2016.  HCP's estimated gain on sale of the 64 properties of approximately $160 million will be recorded at closing, which is expected to occur by the end of the first quarter of 2017.  We intend to use the proceeds primarily to pay down debt and for general corporate purposes.

Terminate leases within the next twelve months on 25 properties operated by Brookdale representing 2,031 units.  HCP plans to sell the majority of the properties that are non-strategic, and transition select assets to other operators.  The in-place annual rent on the 25 properties total $20.3 million, of which $9.8 million will be re-allocated as follows: $6.3 million to the retained 78 triple-net properties retained by HCP, and $3.5 million to the 64 properties being sold.  The remaining $10.5 million of the in-place rent represents a low-6% cap rate on the estimated value of the 25 properties.  Occupancy for these 25 properties was 79.9% during the third quarter 2016 and EBITDAR-to-rent coverage was 0.52x for the trailing twelve months through September 30, 2016.

Transfer eight expiring Brookdale leases to RIDEA structures: i) convert four Texas communities comprising 527 units from a triple-net lease to a 90/10 RIDEA joint venture structure with Brookdale acquiring a 10% interest in the real estate and the operations for $11.7 million, and ii) transition four Florida communities comprising 340 units to a regional operator.  These transactions are expected to close during the fourth quarter of 2016.

The previously announced RIDEA II transaction remains on track to be completed during the fourth quarter of 2016.

Mike McKee, Chairman of the Board, President and Chief Executive Officer of HCP, stated, "We are pleased to announce these transactions related to our Brookdale portfolio, as a key component of our plan to launch HCP 3.0 as outlined earlier in the year.  These initiatives enable us to address several important strategic priorities for HCP, including reducing our Brookdale concentration, improving the lease coverage of our triple-net senior housing portfolio and diversifying our operator relationships.  We are delighted to have reached a positive outcome on these high priority initiatives and look forward to continuing to strengthen our partnership with Brookdale, the largest senior housing operator in the country."