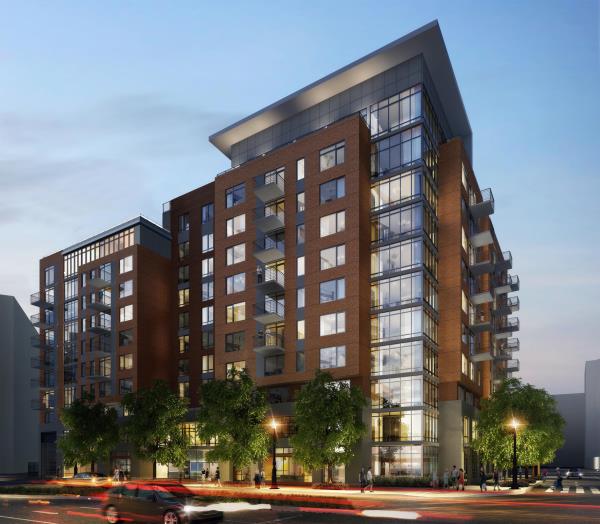 m.flats not only revives a site once occupied by the former Crystal City Post Office, but provides a community conveniently located just one block from the Crystal City Metro offering easy access to work, entertainment and downtown Washington, D.C.

“m.flats will provide a spark that will help Crystal City become the vibrant community we all envision,” said Robert C. Kettler, Chairman and Chief Executive Office of Kettler. “It not only expands the number of residences, but takes Crystal City a step closer to becoming a thriving transit-oriented, walkable neighborhood.”

m.flats was the first residential building proposed to the Arlington County Board since the adoption of the Crystal City Sector Plan in 2010. The plan is a roadmap adopted to redevelop Crystal City through 2050.

“Demand for luxury city living is especially strong in the Arlington submarket,” added Pamela Tyrrell, Vice President of Multifamily for Kettler. “Many young professionals want a home that features an array of amenities, is in close proximity to mass transit as well as dining and entertainment options. m.flats offers all of the above in a boutique, well designed building.”

“KTGY designed an exterior aesthetic at m.flats that is contemporary yet restrained. In contrast to the existing 1960s-era buildings, the facades add color, texture and transparency,” stated Rohit Anand, Managing Principal at KTGY Architecture + Planning’s East Coast office in Tysons.

Building amenities include a club room equipped with WiFi and ample lounge areas, fitness center, bike storage and workstation, and an all-season landscaped courtyard with fire and water features. The rooftop amenities include multiple entertainment spaces with outdoor seating and dining areas, outdoor kitchens with grills, fireplace, as well as a southern-facing sundeck with cabanas overlooking the rooftop swimming pool and views of the city.