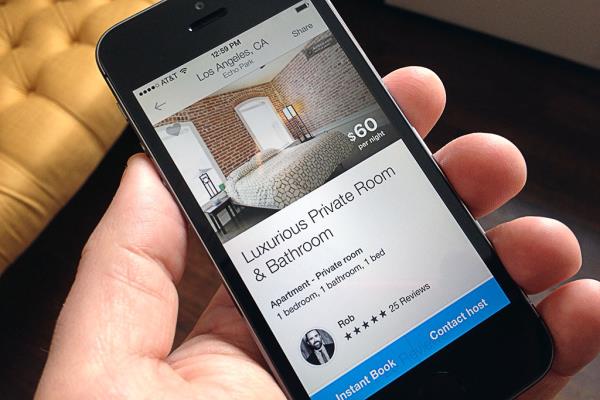 WASHINGTON, DC - Forty-three percent of leaders from the nation’s largest apartment firms indicated their residents listed homes on short-term rental sites, according to a new survey from the National Multifamily Housing Council (NMHC). The survey on home sharing follows Airbnb’s announcement on their multifamily partnership program, which represents the first market-driven attempt to turn what is currently a lease violation into a revenue opportunity for both apartment firms and their residents – so long as the home sharing company can address the concerns held by multifamily owners and operators.

The survey, fielded September 7-12, includes responses from 79 firm leaders, covering a third of the NMHC 50 largest apartment owners and managers and more than one million apartment homes. One-third (33 percent) are open to a partnership program similar to what Airbnb announced today, while another 42 percent said they weren’t interested; the remainder responding that they did not know. A senior Airbnb executive provided an exclusive briefing on the new program to the nation’s leading apartment executives at NMHC’s Fall Board of Directors meeting today.

“Short-term rentals have sparked lively debates among multifamily firms, and reactions cut across the spectrum. We appreciate efforts from Airbnb to work with our members in trying to address the myriad of legal, regulatory and operational issues that come from home sharing. Today’s announcement shows a maturation of this new industry,” said NMHC President and CEO Doug Bibby.

According to the survey, the top problems due to residents listing their apartment on home sharing platforms were safety issues (80 percent), liability and insurance (74 percent) and quality of life concerns/ neighborhood dynamic (74 percent). Airbnb’s multifamily partnership program, first presented at the 2015 NMHC OPTECH Conference, attempts to alleviate these concerns while also offering a revenue share, along with better information and management of the listings.

“On one hand, it adds transparency, provides a perk to residents and creates an additional revenue stream on activities often already taking place in their buildings. Conversely, the safety and liability concerns, along with wanting to preserve a carefully curated quality of life for their residents, may be too high a bar to clear for others,” said Rick Haughey, VP of Industry Technology Initiatives.

Another issue facing the use of home sharing is the patchwork of local laws that provide varying levels of restriction. Of those interested in participating in a home sharing program, a quarter of those (9 percent of all responses) would consider home sharing if their jurisdiction allowed it. Moreover, 35 percent identified violation of local laws as a top concern with their residents listing their apartment homes on home sharing platforms.

“The growing popularity of the sharing economy, and home sharing in particular, has brought new economic opportunities along with additional challenges for both the businesses involved and policymakers. We believe that apartment firms have the right to participate in all areas of the sharing economy, if they so choose, in full compliance with existing laws and regulations,” said Kevin Donnelly, VP of Government Affairs.

The survey also asked about how apartment firms respond to residents violating their leases by using home sharing platforms. Almost four in ten (39 percent) reported taking action for lease violations. Among those taking action, the most common enforcements were verbal/written warnings (86 percent) and lease termination (54 percent).