Highest Off-Campus Housing Costs in Palo Alto and Princeton, with Lowest in St. Louis According to Study 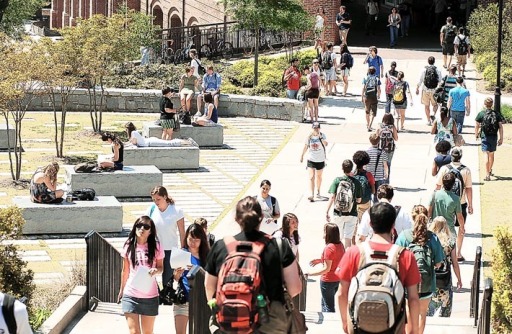 SEATTLE, WA - Attending an elite university certainly has its benefits, but it's not without financial challenges, as 80 percent of the top 35 national universities named today on U.S News & World Report's Best Colleges of 2017 are located in pricey rental markets, according to a new Zillow analysis.

Students who are submitting college applications now for acceptance into the 2017-18 school year will likely live off-campus for at least part of their four-year college career. Zillow identified off-campus housing costs students can expect to pay, above and beyond the school tuition, in the cities that are home to the highest ranked colleges.

"As students and their parents are filling out applications this fall and are crunching the numbers on financial aid and student loans, they should also factor in cost of housing," said Jeremy Wacksman, Zillow chief marketing officer. "Looking at both on-and off-campus housing prices, and thinking through whether they'll likely live with roommates or alone will help them gauge an accurate picture of the student loans and financial aid they will need in order to obtain their degree."

In more than three-quarters of the top 35 national universities for 2017, including all schools located in Chicago, Boston, Los Angeles, San Francisco, New York and Washington D.C., the median rent is higher than the nation as a whole.

In addition to current costs, students should consider how rents may rise during the years they attend the university, or even beyond, should they enter the workforce near their alma mater. Rents are appreciating rapidly in many of the major markets across the U.S., especially on the West Coast. Student renters in the Bay Area or the greater Los Angeles region can expect to see the highest annual rental appreciation, which is anticipated to grow by more than 6 percent over the coming year.

"Whether you're an in-state or out-of-state student, college is expensive," said Anita Narayan, managing editor of Education at U.S. News. "Best Colleges provides a wealth of data and information for prospective students to identify schools that suit their specific needs. Factors like location and cost are especially important to consider."