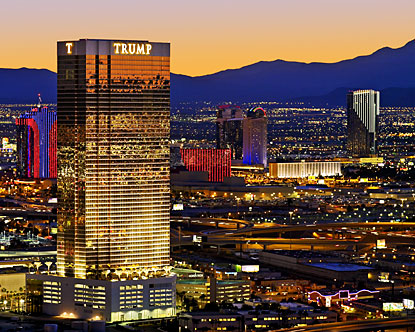 LAS VEGAS, NV - The Siegel Group Nevada, a real estate investment and management company, announced that it had acquired the former Somerset Apartments. The sale was a quick off-market transaction.

Built in 1961 and situated on 1.24 acres, the two-story complex totals approximately 31,500 square feet and is comprised of a mixture of 40 large one and two bedroom apartment units.

The property, which will be renamed Siegel Gardens, has an exterior courtyard, outdoor swimming pool and laundry facility and is centrally located on Kishner Drive contiguous to the parking lot of the Las Vegas Convention Center (LVCC) to the east and adjacent to the former site of the Riviera Hotel that was acquired by the LVCC. Additionally, the complex is just one-half block from the Las Vegas Strip and the multi-billion dollar development site for Resorts World Las Vegas.

This is the sole property located on the cul-de-sac of Kishner Drive that is not owned or controlled by the Kishner family. For the near term, the property will continue to be operated as a traditional apartment complex while The Siegel Group investigates alternative redevelopment uses and further expansion opportunities.

Stephen Siegel, President of The Siegel Group, stated: “I’m pleased to have added this important and strategically located asset to our growing portfolio. This marks the second location we have recently acquired in this vicinity which we believe will be the center of the largest redevelopment plan to occur in Las Vegas since exiting the downturn.”