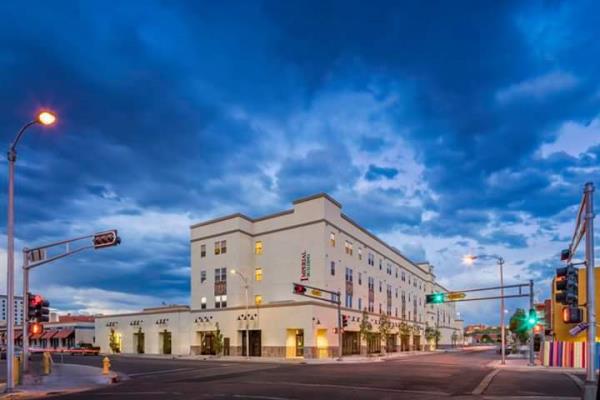 The Imperial Building, a 74-unit mixed use, multifamily rental property received a $378,000 Affordable Housing Program (AHP) grant, which provided gap funding that aided in the construction of the building. Developed by YES Housing, the grand opening will celebrate the completion of the apartment community. The apartments, which opened in May, are anchored by a 10,000-square-foot grocery store, retail services, and underground parking. The grant comes to the Imperial Building from FHLB Dallas and Wells Fargo. Additional funding for the project came from the city of Albuquerque, New Mexico Mortgage Finance Authority (MFA), and the MFA Primero Loan Program.

“This mixed use building is one of the great catalysts for downtown,” said Mayor Richard Berry. “The grand opening of the Imperial Building is a testament to the great things that happen when the private and public sectors come together on a project such as this one. I applaud all of our partners, including Wells Fargo and the Federal Home Loan Bank of Dallas, for their efforts contributing to the revitalization of Albuquerque’s economic landscape.”

AHP grants are available annually through FHLB Dallas member institutions such as Wells Fargo to assist in the development of affordable owner-occupied and rental housing for very low- to moderate-income households located across FHLB Dallas’ five-state District of Arkansas, Louisiana, Mississippi, New Mexico, and Texas. This year, FHLB Dallas awarded $7.8 million in AHP grants to 27 projects that will result in 1,499 new or renovated housing units.