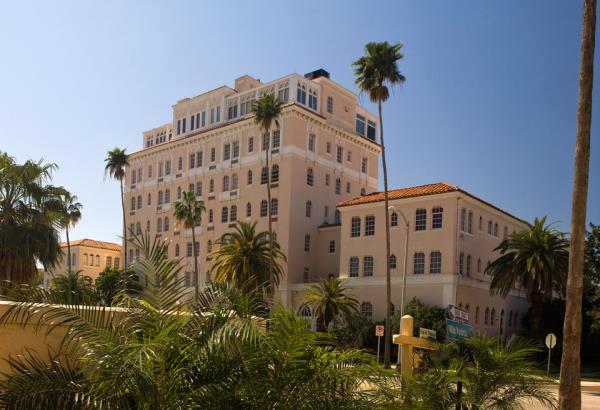 TAMPA, FL - Marcus & Millichap announced the sale of one of Tampa, Florida’s most distinguished architectural landmarks, The Mirasol, a luxury 58-unit apartment community. The property sold for $10,375,000, which equates to approximately $180,000 per unit.

“The Mirasol has been one of Davis Islands’ most elegant landmarks and Tampa Bay’s crowning property for more than 90 years,” says Frank Carriera, first vice president investments in Marcus & Millichap’s Tampa office. “The asset is also well-positioned for long-term stability and growth as the Davis Islands neighborhood, which has effectively been built-out since the 1950s, has the distinction of being one of the area’s most desirable places to live and having the highest occupancy.”

“With the collective efforts of the listing team, we generated an incredible amount of national and international exposure for this one-of-a-kind opportunity,” notes Meoli.

The landmark property is located at 84 Davis Blvd., less than one mile from downtown Tampa, and minutes from Channelside Drive and Ybor City. The unique waterfront location surrounds an entire canal basin that provides direct access to Hillsborough Bay.

Built in 1925 as luxury hotel, the Mediterranean Revival-style Mirasol was converted to apartments in 1962. The property features a seven-story building with two complementary three-story wings, two detached one-story buildings and a 15-slip marina that accommodates 30-foot to 50-foot vessels. The main building’s interior features a grand lobby, pointed Venetian archways and original Mediterranean-influenced finishes, including dramatic ceiling woodwork, Gothic-inspired French doors and windows, and original chandeliers. Community amenities include a swimming pool overlooking the marina, a three-tiered back patio and a covered waterfront pavilion that stretches along the canal basin’s southern seawall.