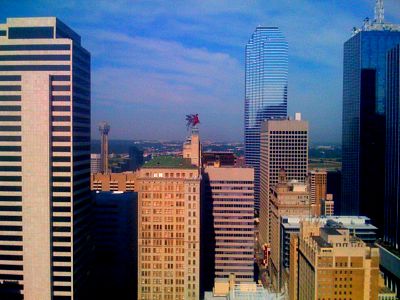 DALLAS, TX - The Federal Home Loan Bank of Dallas (FHLB Dallas) announced that, in partnership with its member financial institutions, it has awarded nearly $7.8 million in Affordable Housing Program (AHP) grants to 27 projects, primarily within its five-state District.

FHLB Dallas annually returns 10 percent of its profits in the form of AHP grants to the communities served by its member institutions. AHP funding is utilized for a variety of projects, including home rehabilitation and modifications for low-income, elderly, and special-needs residents; down payment and closing-cost assistance for qualified first-time homebuyers; and the construction of low-income, multifamily rental communities and single-family homes.

“FHLB Dallas’ member institutions are an integral part of affordable housing development in their communities,” said FHLB Dallas President and CEO Sanjay Bhasin. “Their membership in the Bank opens the door to the AHP and other grant programs that annually provide millions of dollars for housing in our District.”

For more information about the 2016 AHP grants and other FHLB Dallas community investment products and programs visit fhlb.com.

The Federal Home Loan Bank of Dallas is one of 11 district banks in the FHLBank System created by Congress in 1932. FHLB Dallas, with total assets of $54.4 billion as of June 30, 2016, is a member-owned cooperative that supports housing and community development by providing competitively priced loans and other credit products to approximately 850 members and associated institutions in Arkansas, Louisiana, Mississippi, New Mexico, and Texas.