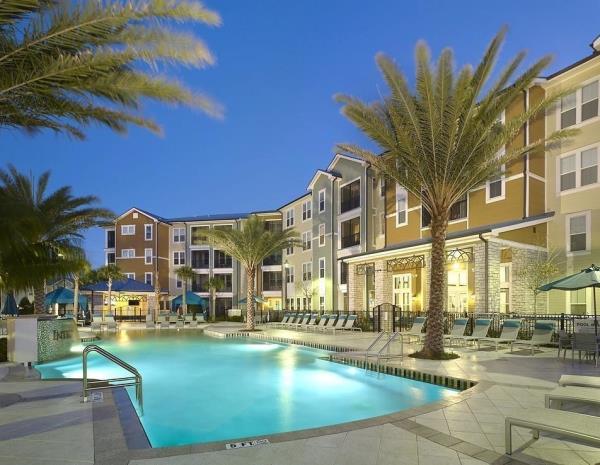 ORLANDO, FL - The Praedium Group, a New York City-based national real estate investment firm, announced the $60.4 million acquisition of Integra Cove Apartments in Orlando, FL. Developed in 2015, Integra Cove is among the newest assets in Orange County. Chris Hughes, Principal of The Praedium Group, made the announcement on the investment firm's most recent acquisition.

Integra Cove is ideally located within minutes of major attractions such as Sea World, Walt Disney World and Universal. These attractions service over 100,000 employees combined, and each plan to further expand in the near future. In addition, the Property is proximate to 50,000 hotel rooms and the MSA's major employment centers, including America's second largest convention center (2 miles away), The Mall at Millenia (8 miles away), and Downtown Orlando CBD (13 miles away).

According to AxioMetrics, Orlando has averaged over 5% annual rent growth in the past five years and is one of the top apartment rental markets in the country. "We feel confident in this market's continued growth as evidenced by the city's significant investment in transit infrastructure, including $2.3 billion in a 21-mile makeover to the region's main thoroughfare, Interstate 4, $1.6 billion in an expansion of the Orlando International Airport, and $615 million in Orlando's first commuter rail transit system," said Lindsay Schuckman, Associate of The Praedium Group.