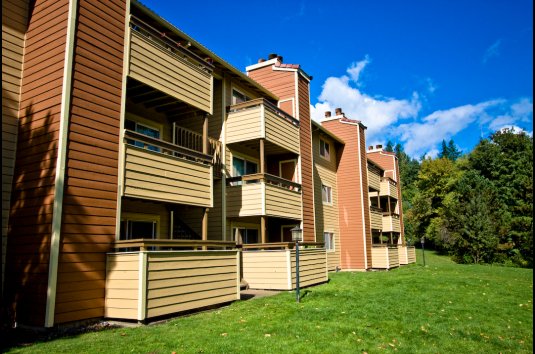 Breckenridge is a 357-unit garden style multifamily residential community built in 1985 and consisting of 270,240 net rentable square feet. The property offers amenities including a clubhouse, a business center, a fitness center, a swimming pool and Jacuzzi, and private balconies and patios for residents. Breckenridge, which has not been previously renovated, is expected to benefit from an extensive value-add strategy that includes new capital to improve the exterior of the property and to upgrade the common areas and individual units to a more modern look and feel.

Portland, Oregon is one of the healthiest and most diverse economies in the United States and has established itself as both a technology and export hub in the Northwest. Breckenridge is well located within the affluent West Hills submarket, a central location with convenient access to some of the most desirable employers in the area and within the highly ranked Beaverton School District. Breckenridge sits within five minutes of both Providence St. Vincent Medical center, which is the second largest employer in Portland, as well as the Sunset Corridor, which boasts over 4.5 million square feet square feet of office space that predominately houses high-tech companies. Breckenridge provides residents with easy access to Portland’s light rail system, major highways and its extensive bus system.

Kevin Finkel, President and COO of Opportunity REIT II, said, “We are very pleased to be able to execute the purchase of Breckenridge on behalf of Opportunity REIT II and its investors. Portland is among the best cities in the U.S. for attracting young, creative and educated people. Due to its talented labor pool, Portland has seen the breadth of its job opportunities grow as key employers have followed the labor talent in sectors like high-tech, healthcare and apparel. As a result of this population and employment growth, Portland’s apartment market has grown significantly as well, ranking third in the nation for effective rent growth in 2015. We expect that Breckenridge will benefit from the strong market conditions as well as our planned extensive renovation program.”