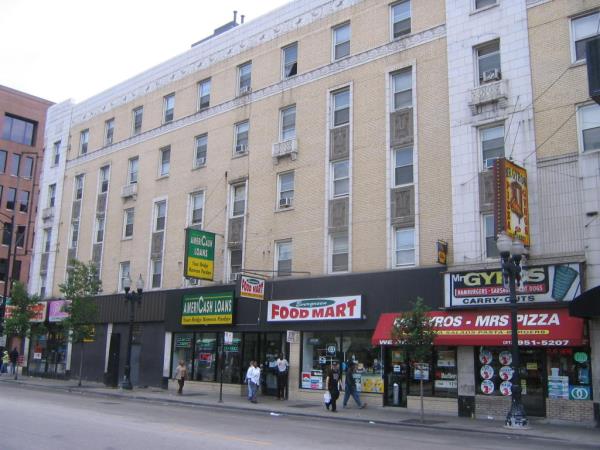 CHICAGO, IL - In keeping with its mission to preserve affordable housing, The NHP Foundation, a national nonprofit, is the new owner of the Mark Twain Hotel, a mixed use Single Room Occupancy property located at the interstation of North Clark and West Division Streets. The acquisition was made possible by financial partnerships with Pembrook Capital Management LLC, The Chicago Community Loan Fund, Bellwether Enterprise Real Estate Capital, US Bank, and the City of Chicago Department of Planning and Development. The NHP Foundation will maintain the property as affordable apartments pursuant to Chicago's new Single-Room Occupancy Preservation Ordinance.

"Since 1932, the Mark Twain Hotel has been a landmark of the Gold Coast neighborhood. The acquisition and future renovation of the property by The NHP Foundation is an incredibly exciting project for all parties involved," NHPF's President and CEO Richard Burns, said. "We are proud to be a part of Chicago's efforts to preserve its affordable housing and we are delighted with the opportunity to significantly improve the property while providing a better quality of life for the residents."

The Mark Twain Hotel is located at 111 West Division Street. Originally built in 1932, the approximately 58,000 square foot building has 152 SRO units and over 9,000 square feet of retail space on the ground floor. The Red Line station beneath the building underwent a complete $50MM renovation in September 2015, including installation of elevators and escalators, a new entrance at LaSalle & Division, and a new 8,000 square foot mezzanine. The property is well-located in a mixed use neighborhood and is across from The Sinclair, a residential tower and Jewel/Osco supermarket construction project that will be completed in 2017.

"We are thrilled to see the hard work that we did with the city to pass the SRO Ordinance result in the preservation of the Mark Twain as affordable housing," said Norman Kaeseberg, a tenant organizer and member of ONE Northside, a local community organization. "This is exactly the type of outcome we were seeking when we were organizing around the ordinance. It's a victory for the tenants, the city, NHPF, the previous owner, and ONE Northside."

"The Chicago Community Loan Fund was proud to provide financing to the historic and important Mark Twain SRO. The City of Chicago has demonstrated its commitment to preserving SRO properties through a variety of efforts, including the passage of the SRO ordinance in 2014, and CCLF stands with the City and NHP Foundation in helping to preserve one of Chicago's greatest strengths -- its diverse housing stock." - Bob Tucker COO and Executive Vice President of Programs for Chicago Community Loan Fund.

The City of Chicago's Department of Planning and Development issued the Illinois Affordable Housing Tax Credits (also known as Donations Tax Credits) for the benefit of the project. The tax credits generated were sold to US Bank whose equity was used to acquire the property. As such, the project will remain affordable for a minimum of 10 years.

"As part of its mission to transform lives through affordable, desirable housing, The NHP Foundation is delighted to be part of the solution to a dire housing problem in the City," said Mecky Adnani, VP of Acquisitions and Development at The NHP Foundation.

"The acquisition of the Mark Twain Hotel, the largest acquisition under the city's 2014 SRO Preservation Ordinance, is the first important milestone in ensuring that existing tenants will not be displaced," Ms. Adnani added. "We will now continue our mission to preserve the affordability, to comprehensively rehabilitate, and to fully reposition the Mark Twain in one of the rapidly growing neighborhoods of Chicago. When done, this property will be a transformed, state-of-the-art SRO facility with amenities and a full array of resident services."

The NHP Foundation is working on the redevelopment phase for the project, with plans to add kitchens to each unit and community space to the property. Construction is anticipated to begin in 2017 with the goal of limiting displacement for existing residents. The property will be included in the National Register's Proposed Residential Hotels in Chicago, 1900-1930 group designation, which recognizes the accommodation from this era as historically significant. The Mark Twain property is professionally managed by Heartland Housing, a company of the Heartland Alliance. 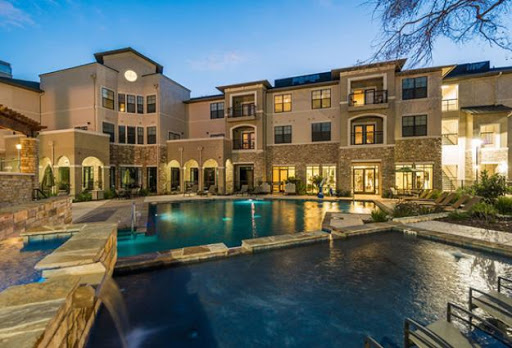