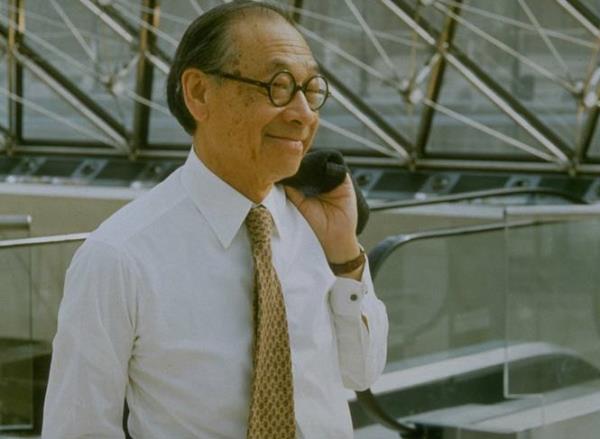 NEW YORK, NY - Ieoh Ming Pei was born in Guangzhou, China in 1917, the son of a prominent banker. He moved to New York to study architecture and established his first architectural firm in 1955.

Pei became famous for designing the Bank of China Building in Hong Kong and the Pyramid at the Louvre in Paris. Many of his best buildings may be found in the United States, including the Four Seasons Hotel on 57th Street in New York, the John F. Kennedy Library in Boston, the National Gallery of Art's East Building in Washington, and the Rock and Roll Hall of Fame in Cleveland. These light-flooded structures are powerful and impress with exceptional clarity.

I.M. Pei's only condominium building, The Centurion Condominium at 33 West 56th Street in the heart of Manhattan, was designed in 2008, with his sons at Pei Partnership Architects.

The Centurion Condominium is seen as one of the most architecturally significant and exclusive condominiums in New York City. It is nearly sold out, with the exception of a magnificent penthouse. "In addition, sometimes we are able to offer a resale apartment at the building, starting from just $2.5 million," says the building's exclusive broker, Thomas Guss of New York Residence, Inc.

The amenities of the property include a 24-hour concierge, doorman, fitness center, and a private waterfall as part of its impressive lobby.

I.M. Pei stated that the building has a lot of emotional content for him because of his personal connection to the project and its location. The Centurion is located within walking distance of Central Park and the most luxurious shops on Fifth Avenue.

Pei, now the world's most celebrated living architect, looks back at 70 years of groundbreaking architectural work across the globe. "Still, New York is the most exciting city in the world. It is pulsating with life - and architecture is the mirror of life," says Pei.