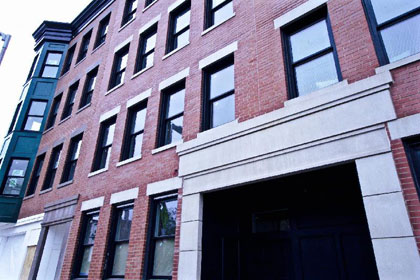 Parkside Landing consists of 16 apartment units and one retail space contained in two, four-story apartment buildings. The property was purchased by the current owner in 2013, who converted the property from a pure multifamily property to its current mixed-use retail configuration.

The loan is 10-year fixed with 30-year amortization, after three years of interest only, and step-down prepayment schedule. The borrower is Parkside Landing Maverick, LLC, a Massachusetts limited liability company backed by three key principals with significant experience.

“Construction on Parkside Landing was completed in 2015 and the property is performing well with the current occupancy rate at 100%” added Suminski. “We were pleased to partner again with these experienced local investors on a deal in the heart of Boston.”

The deal was brokered by Tom Welch, Jeanette Gaede and John Poole of Colliers.

The property is located in the submarket known as East Boston, located approximately one mile northeast of Boston’s central business district.  The neighborhood is best characterized as a mixture of residential and industrial development with gentrification taking place and most residents working in the City of Boston, or in the surrounding community.