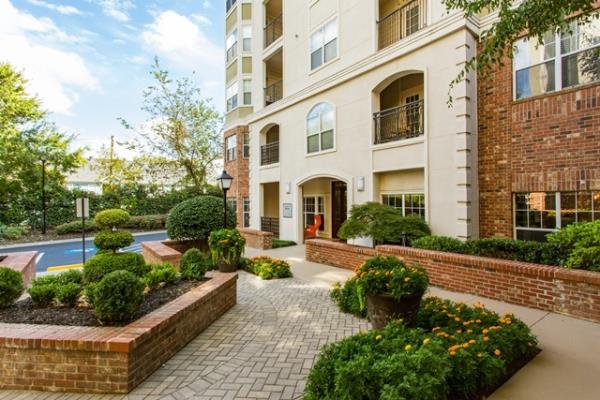 Located on North Avenue, a major east-west thoroughfare, the four-building property comprises a mix of one and two-bedroom rental homes. Ponce City Market, Fox Theatre and Piedmont Park are all a mile or less from the community, offering residents a highly walkable, urban lifestyle. In addition, Savannah Midtown is minutes from major employers in and around the neighborhood, including Georgia Tech, Emory University Hospital and several Fortune 500 companies.

“Midtown consistently ranks as one of Atlanta’s top neighborhoods for renters due to its walkability and robust job market, fueled in part by the city’s rapidly growing tech sector,” said Max Peek, executive vice president of acquisitions at Waterton. “Companies that don’t already have a presence here are opening research and development labs at Tech Square – a five-minute walk from Savannah Midtown – where they can more easily recruit talent coming out of Georgia Tech. As more businesses move to the neighborhood, demand for rental housing will only continue to increase.”

Apartments at Savannah Midtown feature 9’-20’ ceilings, private patios and balconies, and in-unit laundry, as well as various high-end features including USB ports and surround sound hookups. As the property’s new owner, Waterton plans to implement a capital improvement program that will enhance residences with modern kitchens that include quartz countertops, tile backsplashes and stainless steel appliances; updated plumbing and lighting fixtures; and new wood flooring throughout all bedrooms and living areas.

Waterton also plans to renovate the community’s common areas, including the property’s expansive rooftop deck, which features an outdoor wading pool, spa and lounge area; putting green; lighted tennis, bocce ball and shuffleboard courts; and newly constructed fitness/cardio studio. When finished, the rooftop at Savannah Midtown will be a best-in-class amenity offering residents a resort-style environment in the middle of the city. Other amenities include a fully equipped business center, several outdoor courtyards with grilling stations and a direct-access parking garage.

“With so much development activity centered on Midtown to meet growing demand, owners of existing communities are adding new features and finishes that better reflect the tastes of today’s renters,” said Peek. “At Savannah Midtown, we are able to offer residents a highly improved, fully amenitized community at a fantastic value compared with the rents seen for new construction in the neighborhood.”

In addition to jobs and numerous shopping, dining and cultural destinations throughout Midtown and adjacent neighborhoods like West Midtown, Buckhead and the Old Fourth Ward, Savannah Midtown also offers convenient access to the rest of the Atlanta metro. The property is a half-mile east of Interstates 75/85 and just four blocks from the North Avenue MARTA station, which provides direct rail service to downtown Atlanta and Hartsfield-Jackson Atlanta International Airport.

Residents of Savannah Midtown are also close to several parks, including Central Park and Renaissance Park, both of which are less than a half-mile from the property. The historic Piedmont Park, a sprawling 189-acre green space just 1 mile away, serves as an access point to the Eastside Trail – part of the ongoing Atlanta BeltLine project. When complete, the BeltLine will connect 45 Atlanta neighborhoods through a network of public parks, multi-use trails and pedestrian rail lines.