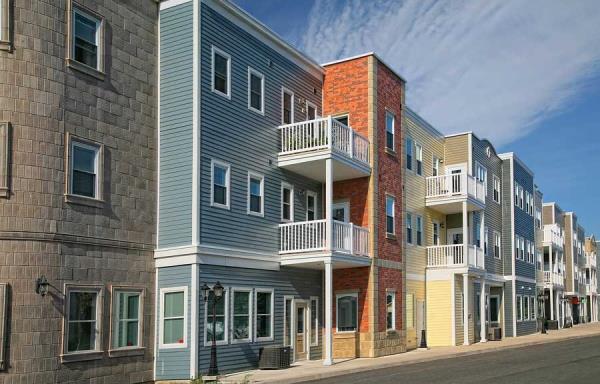 NEW YORK, NY - The renter population grew in both central city and suburban areas while more renters struggled to find affordable housing in the 11 largest metropolitan areas in the U.S., according to the newly-released NYU Furman Center/Capital One National Affordable Rental Housing Landscape report.

The Landscape examined rental housing affordability trends in the nation's largest metropolitan areas, including Atlanta, Boston, Chicago, Dallas, Houston, Los Angeles, Miami, New York City, Philadelphia, Washington, D.C. and San Francisco from 2006 to 2014 and identified the impact these trends had as the renter population increased while affordable housing rates continued to decline. "Affordable" rent should comprise less than 30 percent of a household's income.

In all 11 metro areas, both the renter population and housing stock grew during this period. By the end of the period, the number and proportion of people renting had increased—both within central cities and in the surrounding suburbs. The report also showed a gap between growing demand and supply. From 2006 to 2014, the renter population grew faster than the stock of rental units in the 11 largest metro areas, and in metro areas nationwide, pushing the average rental household size up and putting pressure on the affordability of rental housing.

"This study shows that affordable housing is becoming increasingly out of reach for many low- and even moderate-income renters in the nation's largest metro areas—both in the central cities and their surrounding suburbs," said Ingrid Gould Ellen, Faculty Director of the NYU Furman Center. "In all of the metro areas we studied, the renter population grew faster than the housing stock. As supply did not keep pace with this growth in demand, vacancy rates decreased, the average number of people living in a rental unit increased, and, in most areas, rents rose."

"Millions of people nationwide are struggling with the gap in affordable housing, leaving many rent-burdened as the population of renters continues to increase," said Laura Bailey, Managing Vice President, Community Finance, Capital One, one of the nation's top 10 affordable housing lenders. "At Capital One, we're committed to working with the nation's leading housing developers and investing in high-impact communities to respond to the needs of our nation's most vulnerable residents. We know that our investment in affordable rental housing needs to go beyond just financing construction – it requires creating innovative solutions and strong collaboration among public and private sectors, which creates a ripple effect in expanding economic opportunities within our local communities."