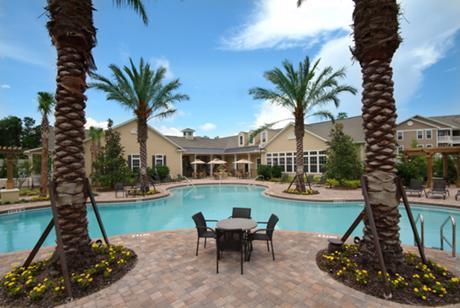 ORLANDO, FL - MORGAN, a leader in upscale multifamily development, construction and property management, has sold its 528-unit Village at Baldwin Park multifamily complex in Orlando to Preferred Apartment Communities based in Atlanta.

Located on the shores of Lake Baldwin two miles east of downtown Orlando, the luxury apartment development combines residential, office and retail space with a strong focus on parks, open space and community interaction. MORGAN built The Village at Baldwin Park in 2009.

Active in the Florida market since the 1990s, MORGAN has developed nearly 3,500 multifamily units in Miami, Fort Lauderdale, Maitland, Jacksonville and Sunrise in addition to Orlando. In Miami, MORGAN plans to open a 412-unit luxury property, Pearl Dadeland, in 2016 and to start construction on a 20-story residential high rise during the second quarter of 2016. To date, MORGAN has sold six Florida properties totaling 2,248 units and still has approximately 1,500 units in its Florida portfolio.

“MORGAN has a well-established track record of Class A multifamily development, construction and property management in the Florida market and throughout the United States," said MORGAN Executive Vice President Carter Bechtol. "We focus on submarkets that have strong fundamentals, such as we've seen in Florida, which paid off with this recent sale."