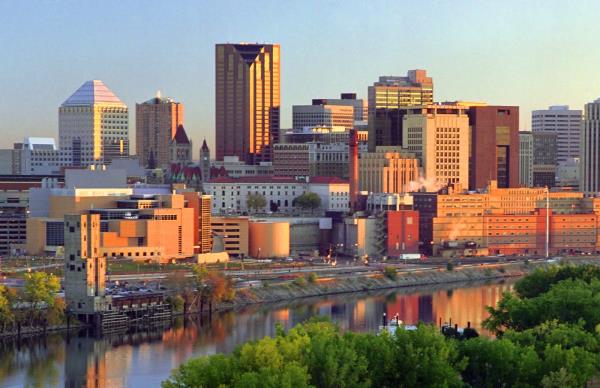 ST. PAUL, MN - The AFL-CIO Housing Investment Trust announced a $27.7 million investment into the 333 on the Park project in St. Paul, which will transform an aging eight-story office building into 134 market rate multifamily housing units.  The project will create an estimated 190 union construction jobs and 435 total jobs among various business and service sectors in the local community.

Originally constructed in 1913, the property will be renovated into studio, one, two and three-bedroom apartments. It is located at the intersection of 5th and Sibley Streets in the city's Lowertown neighborhood, where many older buildings are being renovated into multifamily, retail, and office uses.  The property will include approximately 6,900 square feet of commercial space and underground parking. Federal and state historic tax credits will contribute to the total development cost of $42.3 million.

"The rehabilitation will provide jobs for our members while increasing the area's number of multifamily housing units," said Don Mullin, Executive Secretary of the Saint Paul Building and Construction Trades Council. "This is a good example of investing union pension dollars to create construction jobs with healthcare and retirement benefits at the same time benefiting the community at large. It's a win-win scenario for Saint Paul residents, HIT, and the Saint Paul Building Trades."

The building is located adjacent to Mears Park, two blocks from the Mississippi River and the St. Paul Farmers Market. It is also within walking distance of the new St. Paul Saints Stadium and the Xcel Energy Center. The location offers recreation, transit, shopping, and employment options, and is also connected to the St. Paul skyway system. The new Metro Transit Green Line runs adjacent to the property along 4th Street.

"333 on the Park exemplifies the HIT's continuing commitment to St. Paul," said HIT Senior Investment Officer Chris Shaw. "It represents quality housing that is close to mass transit and within walking distance of many attractions so that people have better access to jobs and services and community amenities. We are pleased to help make this project a reality."

The 333 on the Park project is the HIT's 10th project in St. Paul.  The HIT has invested $139.1 million to leverage $214.3 million in financing for these projects, creating 1,181 housing units, an estimated 1,120 union construction jobs, and nearly 2,700 total jobs across industries in the community.  These projects have generated an estimated $420 million in economic benefits, and nearly $150 million in personal income, including salaries and benefits.