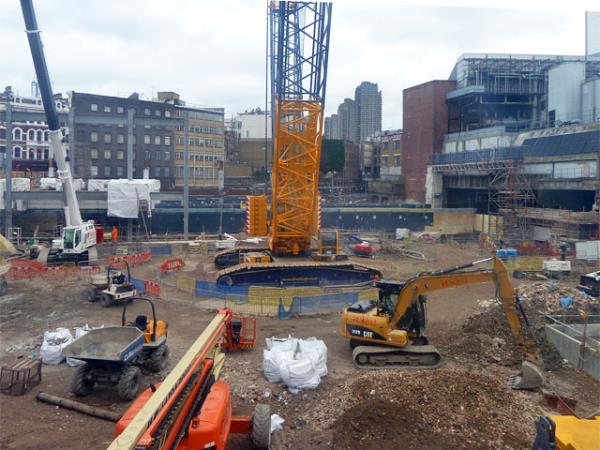 The report shows that this may end up the most active three-year period of growth in construction in more than 20 years, having been ongoing since 2013-2014 periods. With the forecast for 2016 taken into account, spending growth could reach a new three-year high.

For those expecting growth, the current nonresidential buildings construction boom could become an historic expansion. The forecast for 2016 nonresidential buildings spending is at 13.7 percent growth. Add that to 8.8 percent in 2014 and 17.1 percent in 2015, the three-year total growth could reach 40 percent for the period 2014-2016. The only comparable growth periods in the last 20 years would date back to 1995-1997.

In terms of nonresidential buildings spending, the report indicates it will slow moderately in the next few months before we see a 15 percent growth rate through the middle of the year, only to see another slowdown late in 2016. Major contributing factors are the increase from institutional work in educational and healthcare markets. Office, commercial retail, lodging and manufacturing will decline considerably from 2015, but still provide support to growth.

Other report highlights include:

Construction added one million jobs during 2011-2015, however 800,000 of those jobs were added in just the last three years.

Growth in nonresidential buildings and residential construction in 2014 and 2015 led to significant labor demand, which has resulted in labor shortages in some building professions.

Construction spending growth for the period 2013-2016 is expected to outpace all previous periods.

Total spending may reach an annual growth rate of 20 percent from the middle of Q1 2016 to the end of Q3 2016, but due to the dips at the beginning and the end of the year, total construction spending for 2016 forecast to finish at 9.7 percent growth.