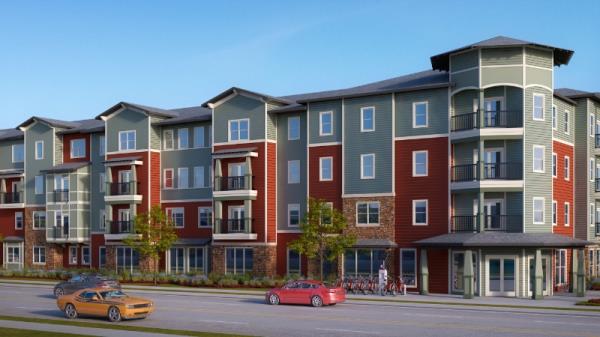 HOUSTON, TX - Dallas-based Fountain Residential Partners, in a joint venture development with Austin-based Virtus Real Estate Capital, announced the development of its third student housing community in Houston, Texas for the University of Houston and nearby Texas Southern University.  Located on Cullen Boulevard at the main entrance to the University of Houston campus, The Gateway on Cullen brings the total number of UH student housing beds developed to more than 1,300.  Nationwide, the firm has developed well over 4,600 beds during its 5-year history.

The Gateway on Cullen was appropriately branded due to its location at the main entrance from the city to the University of Houston campus. The area near The Gateway on Cullen is in the midst of an exciting redevelopment, with a grocery anchored retail center planned for across the street at the former Finger Warehouse property by Houston-based Lovett Commercial, and the redevelopment of the I-45 underpass that will include a new onramp to I-59 that will replace the aging Bestway Motor Inn. Fountain Residential has and will continue to work with all community stakeholders, both public and private, including the University of Houston, to improve and enhance this important gateway to the University and the community.

The 7.7-acre property will consist of 531 beds including one-, two-, four-, and five-bedroom apartments and townhouses, along with a resort-style pool, volleyball court, an 8,000 SF clubhouse, full-fitness and cardio center and private study rooms. Unlike previous off-campus housing and the current on-campus housing stock, the majority of the units at The Gateway on Cullen will be in two-level, townhome configurations upwards of 1,900 square feet. Each fully furnished unit will feature vinyl wood plank flooring, granite countertops, queen sized beds, 50-inch flat screen TVs, stainless steel appliances and full-sized washer and dryers.

Brent Little of Fountain Residential says, "We designed The Gateway on Cullen with product differentiation in mind. Unlike our previous two developments, we had over 7 acres of land to work with that allowed us to design a less dense, surface-parked property, and also afforded us the chance to build spacious townhome units which will be unique to this market and offer larger, better amenitized public spaces."

As part of the pre-development of The Gateway on Cullen, Fountain Residential worked closely with community stakeholders, including the Greater East End District, the local homeowners association, and Houston City Council Member Robert Gallegos. "This new housing project will have a significant and positive impact on student life and the surrounding neighborhoods. It is my hope that this will spark more new development and redevelopment of this area along I-45 creating opportunity for new residents, new businesses, and new economic opportunities," Gallegos said.

The Gateway on Cullen was designed by Stuart Roosth Architects and is being constructed by Temple, TX-based MW Builders, Inc., and will be completed before the Fall 2017 school year.