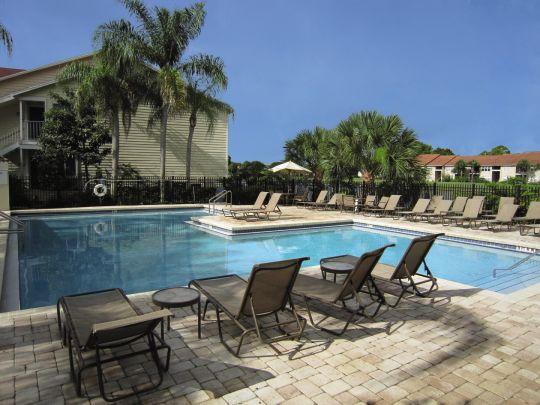 NEW YORK, NY - Bluerock Residential Growth REIT announced that it has acquired two Southwest Florida apartment communities: the 320-unit Citation Club Apartments on Palmer Ranch in Sarasota, and the 368-unit Summer Wind Apartments in Naples. BRG acquired the properties through a joint venture for a total purchase price of $86.3 million, or approximately $125,000 per unit.

The acquisitions are projected to yield a pro forma stabilized cap rate of approximately 6.6%. This compares favorably to cap rates of 5.0% to 5.5% for assets of similar quality in the market. The Company sourced the transactions off market at favorable pricing from a single seller through its operating partner, Carroll Organization.

BRG invested 95% of the venture's equity requirement, or approximately $29.5 million, with an affiliate of Carroll funding the balance for a 5% stake in the venture. The joint venture further capitalized the investment with acquisition loans of approximately $59.6 million.

Both properties are well located within the supply-constrained Naples and Sarasota markets. Citation Club is located in Palmer Ranch, one of the most desired and affluent submarkets in Sarasota, known for high caliber schools, golf courses and abundant retail. Summer Wind is directly adjacent to one of the top schools in Naples, three miles from the beach and two miles from the high-end Waterside Shops retail center. Both properties will, on completion of planned improvements, feature upscale shared amenities including resident clubhouses and lounges, pools, dog parks, tennis courts, storage and 24-hour fitness centers.

Citation Club offers one-, two- and three-bedroom apartments averaging 1,033 square feet. The property has recently undergone extensive renovations and updates that have enabled impressive organic rent growth. BRG plans to undertake additional improvements to the property's shared amenity spaces and believes that these improvements will bring rents to a level that is closer to, but still competitive with, local market rates. Summer Wind offers one- and two-bedroom apartments that average 883 square feet. Renovations at Summer Wind will also focus primarily on improvements to the amenity spaces, with the addition of a playground and outdoor kitchen as well as upgrades to the clubhouse, gym, landscaping and exteriors.

"The Citation Club and Summer Wind acquisitions presented an excellent opportunity to generate growth through value-added renovations in supply-constrained markets, which is in keeping with the BRG investment thesis," said Ramin Kamfar, Chairman and CEO of BRG.