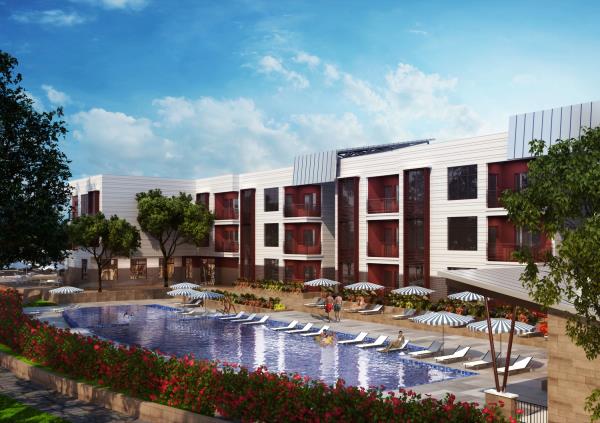 Founded in 2007, Origin is a real estate investment platform that acquires office and multifamily properties for its principals and investment partners. Targeting eight fast-growing markets — Charlotte, Raleigh, Atlanta, Houston, Dallas, Austin, Chicago and Denver — Origin is a near-identical match with Aspen Height's focus on fast-growing cities in the South and Southeast.

An award-winning real estate development firm known nationally for its successful student-housing projects, Aspen Heights has built more than 25 apartment and condo buildings and has eight more under construction for a total investment of more than $1 billion. Included in those is The Independent, which recently broke ground in Austin and is expected to be the tallest residential building west of the Mississippi River when completed in 2018.

Origin Vice President Matt Ozee, who oversees the firm's Texas office, said the two companies were a natural fit as their strategies are similar yet they offer complementary areas of expertise.

"We share a common bond in the way we look at where we'd like to invest money," said Ozee, who introduced the two firms. "Yet Aspen Heights brings us an element we don't have, fully integrated development and day-to-day construction operations. Similarly, we bring them financial expertise, our asset management platform and capital."

"We are excited to partner with Origin Capital as we grow our multifamily platform nationally," said Greg Henry, Aspen Heights' founder and CEO. "We believe the two organizations have alignment on the investment strategy and target markets."

Origin's co-founders, David Scherer and Michael Episcope, began their careers in the hedge fund and derivatives industries, moving into real estate more than 15 years ago. With offices in Chicago, Texas and North Carolina, Origin has more than a half-billion dollars in assets under management and is raising a third, $150 million fund in 2016. The company also deploys its acquisitions team into those regions.

"Without us having Matt in Texas, without us having boots on the ground, this partnership wouldn't have been formed," said Scherer, Origin's co-founder. "We don't believe in flying in for a few days. We believe in living where we invest."

Aspen Heights' Henry rose through the ranks of the real estate industry. Since founding Aspen in 2006, Henry and his team have secured more than $775 million in construction financing, placed approximately $520 million in permanent debt and raised almost $300 million in equity. The company currently has almost 300 employees and continues to raise the bar for innovation and excellence in student housing and multifamily housing management.

"As we expand our multifamily platform, we look forward to applying our student housing expertise and continuing to offer residents innovative design to help them live, connect and learn," Henry said.