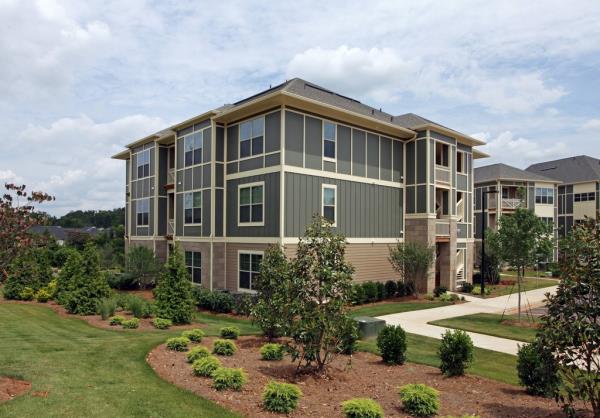 CHARLOTTE, NC - Bluerock Residential Growth REIT announced that it has completed the second phase of its acquisition of the Class-A Ashton Reserve apartment community in Charlotte, North Carolina. BRG acquired the first phase in August of this year. With the second phase, BRG added an additional 151 newly-completed units.

BRG acquired Ashton Reserve II for $21.8 million or approximately $144,500 per unit, which compares favorably to pricing of $160,000 for similar projects in the market. The company funded the acquisition with an equity investment of approximately $7.5 million and with the proceeds of a $15.3 million 10-year, floating rate loan from Fannie Mae.

The Charlotte, NC market reports strong population growth among the rental-oriented 20-year-old to 34-year-old demographic, and BRG management believes that Ashton Reserve is well situated to take advantage of that growth. The Northlake submarket in which the property is located is approximately eight miles from Uptown Charlotte and is anchored by the one million square foot Northlake Mall, a premier retail destination for the affluent communities in the North Charlotte metropolitan area. Ashton Reserve is in close proximity to Lake Norman as well as to regional employers, major travel routes and the Charlotte-Douglas International Airport.

"This acquisition speaks to BRG's deal sourcing capability as well as our ability to execute complex transactions, and we are very pleased to have completed the remainder of this deal," said Ramin Kamfar, Chairman and CEO of BRG. "The fundamentals are strong, both phases leased up quickly, and the property is performing in line with the market, as we had expected."