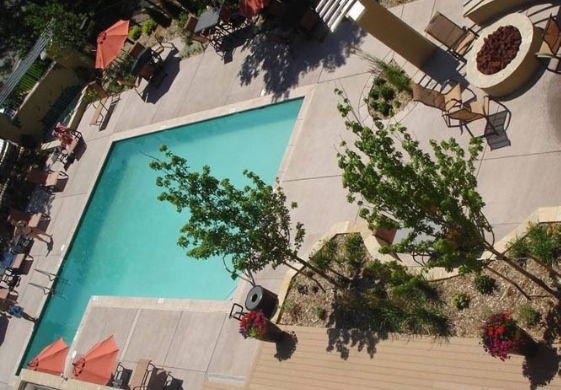 Terrance Hunt and Jeff Hawks of ARA Newmark represented the seller on the transaction. The debt financing was sourced by Brian Eisendrath and Annie Rice of CBRE Capital Markets.  Los Angeles-based Mesa West Capital provided financing to acquire the property.

"Mesa West was pleased to provide the financing to the Bascom Group and Oaktree on a well located asset within a strong Denver submarket," said Steve Fried, Principal at Mesa West Capital.

This is the first acquisition of Venture II following a successful closing of the initial venture between The Bascom Group, LLC and Oaktree Capital.  Venture I resulted in the acquisition of eight multifamily properties across the U.S., totaling $350 million in total capitalization.

Built in 1980, Axis at Nine Mile Station is located in Denver, Colorado, which has consistently been one of the country's top-performing apartment markets over the past five years. Its unit mix consists of 2% Studio, 32% 1-bedroom, and 66% 2-bedroom units. The concentration of retail, amenities, transit, and job centers surrounding the property makes the location one of the most desirable in the Denver Metro. The existing Nine Mile Station on the Southeast and Blue Line Light Rail is adjacent to the property, allowing residents direct light rail access to the Denver Tech Center Business Corridor, Downtown Denver, and Denver International Airport in the spring of 2016.  In addition, the city is also implementing a redevelopment called the Nine Mile Renewal Plan, which aims to significantly upgrade the retail area surrounding the light rail station. Axis at Nine Mile Station is only minutes from several major retail destinations such as Park Meadows Mall and Cherry Creek shopping district, and less than a mile from Cherry Creek State Park and Reservoir, which consists of 3900 acres and 35 miles of walking and biking trails.

Paul Zakhary, Director of Operations for Bascom explains, "The location of Axis at Nine Mile with the neighboring light rail station and freeway interchange provides excellent all-weather linkage to the major employment and transportation centers in Metro Denver.  The mid-rise construction along with the adjacent planned redevelopment will also provide the urban feel and walkability that today's renter is seeking."

Scott McClave adds, "Bascom is excited about the long term prospects of Denver as it has evolved into a world class city.  Over the past ten years we have invested in excess of over a billion dollars in Denver and look forward to our ongoing presence there.  Axis represents the continuation of that legacy and presents a great opportunity for us to transform the property to something special."