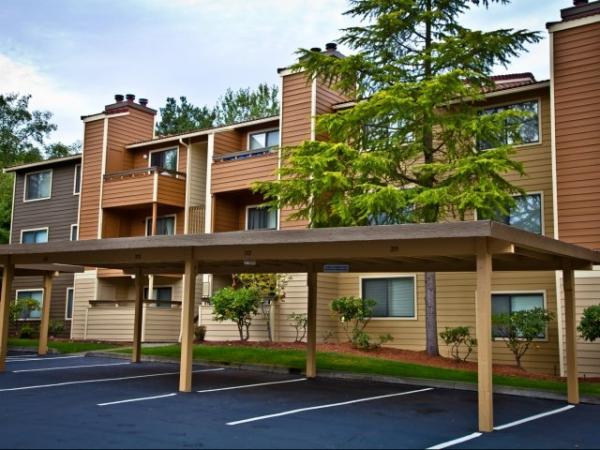 SEATTLE, WA - Waterton Associates announced it has acquired Taluswood Apartments in Mountlake Terrace, Washington. Located in a wooded neighborhood approximately 15 miles north of downtown Seattle, the garden-style rental community consists of 512 apartments across 24 buildings, with a mix of one-, two- and three-bedroom floor plans.

Taluswood is one of two communities in the Seattle area owned and managed by Waterton. In December 2014, the Chicago-based investor re-entered the market with the acquisition of Martha Lake Apartments, a 155-unit community in north suburban Lynnwood – about seven miles northeast of Taluswood.

“Seattle’s job growth, fueled by the city’s burgeoning tech sector, is generating unprecedented demand for rental housing, with thousands of units under construction in King and Snohomish counties,” said Peter Kuzma, vice president of acquisitions at Waterton Associates. “Yet despite the supply that’s been added, the vacancy rate has continued to fall, allowing many landlords to push rents and obtain attractive yields.”

Waterton plans to upgrade select residences at Mountlake Terrace to include new flooring and modernized kitchens and baths. Waterton also plans to make improvements to the community’s amenity spaces, which include a clubhouse, fitness center, basketball and tennis courts, two outdoor pools and an indoor spa with sauna.

“As rents continue to climb in neighborhoods like South Lake Union, renters are seeking value in alternative locations,” said Kuzma. “Mountlake Terrace is a natural landing spot, with access to jobs, retail and transportation.”

Located near Interstates 5 and 405, Taluswood is a short drive from major regional employers like Google, Microsoft and Boeing, as well as nearby shopping and dining destinations, including Alderwood Mall and Mill Creek Town Center.

Earlier this year, Sound Transit approved plans to extend light rail service from Seattle to Lynnwood. Slated to begin in 2018, the project will include a new stop in Mountlake Terrace – just one mile west of Taluswood – that will offer direct rail service to downtown Seattle and other popular destinations, including the University of Washington and Seattle-Tacoma International Airport.