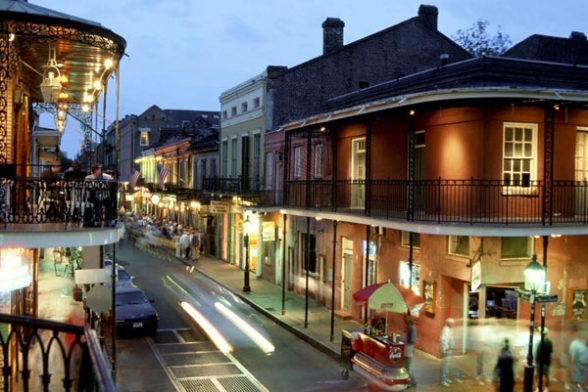 NEW ORLEANS, LA - Last year, the Los Angeles Times declared “There is a post Katrina joie de vivre in New Orleans.” If you weren’t aware of the term, joie de vivre is defined as an “exuberant enjoyment of life.” The way the Times illustrated this outpouring of vitality in the Crescent City was through the reinvention of many of its neighborhoods, such as the Uptown area of city on streets like Freret Street and Magazine Street.

Mid-City, another trendy New Orleans neighborhood, has been seeing improvements in the past year through the installation of Mid-City Market, a $40 million development with more than a dozen businesses on North Carrollton Avenue. The densely populated residential area now has some desperately needed retail outlets including grocery stores, pharmacies, and restaurants, none which existed prior to Katrina.

The city is looking to continue the expansion of the Mid-City neighborhood, and one New Orleans businessman, has recently stepped up and assembled a rare 8.5 acre land tract near Bayou St. John in the Mid-City area.  Sidney Torres IV is planning a mixed-use development, which will feature retail, office and multifamily residential. The sale to Torres is the largest real-estate transfer the neighborhood has seen in decades: “a sign of the pace of development” in New Orleans as the 10th anniversary of Katrina draws near.

The idea to develop is coming at an appropriate time, a study recently found that within the next ten years, New Orleans will need 33,000 housing units to meet the demand incited by not only continuing job growth, but also an increase in the population. Studies have also discovered that the rates of housing in the city are increasing while income remains stagnant so the demand for housing becomes an insistence for more affordable housing in the area.

The land purchased by Torres and his group of local partners is located in the decommissioned railroad corridor, which is adjacent to the new Lafitte Greenway Bicycle and Pedestrian Path, a bike path currently under construction that connects the City Park to the French Quarter. Located two blocks from North Carrollton Avenue, the new development would give residents uninterrupted access to the Mid-City Market, all the charm of the neighborhood, and a central location within the city that provides easy access to every other neighborhood via I-10 and I-610.

There are already ideas of what the space can accomplish. Torres imagines a mixed development with apartments, single family homes, as well as a gymnasium, café, and boutique hotel. Amenities would include fire pits along the bayou, a playground, and bike paths. Ultimately, the development would support “high-end living” on Bayou St. John near the city’s prospering medical district where the University Medical Center and Veteran Affairs Medical Center are projected to open soon.

Torres plans are to sell a portion of the land to outside developers, mainly for the multifamily housing section of the project, while self-developing the remaining parcels. The team is currently seeking proposals from multifamily developers. The vision is to mimic New Orleans style architecture throughout the development, but the design is a “blank canvas” that is open to outside input, providing any multifamily housing group with the perfect opportunity to take advantage of this already bustling and more importantly, newly revived, family-friendly community.