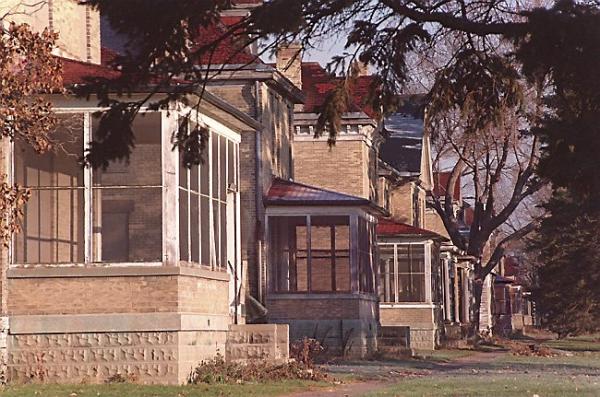 At a press conference on Wednesday, Minnesota’s Lt. Governor Tina Smith joined executives from Dominium and state officials to announce the selection and champion the project which will result in approximately 190 affordable housing units.

“Despite their prominent place in Minnesota history, these historic buildings have fallen into disrepair,” said Lt. Governor Smith. “I am proud to support this renovation. It will restore an important part of Minnesota’s history, and transform these buildings to serve a new purpose: to improve the lives of hundreds of Minnesota families.”

Dominium recently completed rehabilitations of St. Paul’s Schmidt Brewery on West Seventh Street. It also is in the process of completing the $175 million renovation of the Minneapolis Pillsbury A-Mill, a national historic landmark, into artist’s lofts and a $118 million renovation of the Arcade Building in St. Louis. The company’s track-record of success with complex projects makes them ideally suited for the Upper Post project.

“Dominium is very excited to have the chance to preserve the historic Fort Snelling Upper Post while providing affordable housing to Minnesota’s working families,” said Mark Moorhouse, senior vice president and partner at Dominium. “We have successfully transformed other historic landmarks in the past, and we look forward to doing the same at the Upper Post.”

The approximately $100 million project will be financed through a combination of Low-Income Housing Tax Credits, Federal and State Historic Tax Credits, among other sources. The final product will add a projected 190 affordable housing units. This will meet a strong demand in the market; research from Dominium shows that in Hennepin and Ramsey counties, there are only 34 apartments that are affordable and available for every 100 residents making less than $20,000 a year.

Located near the Minneapolis-St. Paul International Airport, the Upper Post of Fort Snelling was a major hub for military activity throughout the late 19th and much of the early 20th century. It served as an induction and training center during both World Wars. The site, which was designated a National Historic Landmark in 1960, was turned over to the Minnesota Department of Natural Resources in 1971. Many of the buildings subsequently have suffered from weather, deterioration, and vandalism.

In 2013, a joint powers board was formed to solicit and oversee options to re-use the property; it includes the Department of Natural Resources (DNR), the National Park Service, Hennepin County, the Minneapolis Park and Recreation Board and the Minnesota Historical Society.

“Hennepin County has been proud to lead efforts over the last decade to stop the deterioration of the historic buildings at the Upper Post,” said Hennepin County Commissioner Peter McLaughlin. “Those efforts will now allow for the redevelopment of these buildings into much-needed workforce housing."

Dominium will now negotiate a lease with the Minnesota DNR, the terms of which will then be voted on by Minnesota’s State Executive Council, which consists of Minnesota’s Governor, Lt. Governor, Attorney General, Auditor and Secretary of State.

Founded in 1972, Dominium is a Minneapolis-based owner, developer and manager of apartment communities nationwide. With more than 22,000 owned and/or managed units at more than 190 sites across the country, Dominium is known for creative solutions to unique and challenging development projects, and management expertise.