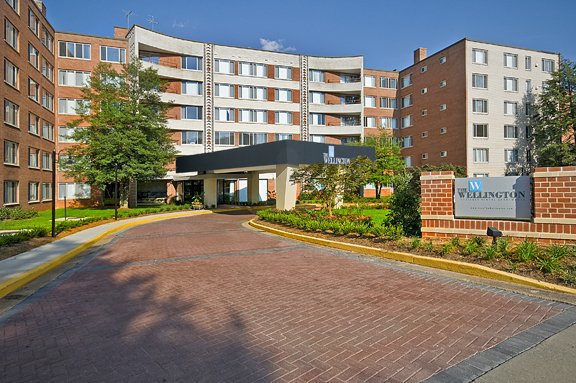 WASHINGTON, DC - Washington REIT announced that it has acquired The Wellington, an apartment community in Arlington, VA consisting of 711 units and on-site density to develop approximately 360 additional units, for $167 million.

The currently 97% occupied Wellington is ideally located on the eastern end of Columbia Pike, which features walkable restaurant and retail amenities, is proximate to Interstate-395, Route 50, the GW Parkway and Washington Blvd. and provides easy and rapid access to The Pentagon, Crystal City and Downtown DC. In addition, the property runs a shuttle service to the Pentagon City Metro station. The existing Wellington complex offers the opportunity to add on-site density of approximately 360 units in a submarket with limited planned new supply.

"Consistent with Washington REIT's value-add strategy, The Wellington provides a compelling opportunity to renovate over 680 units to generate rental growth, and the further opportunity to develop a five-story Class A apartment building onsite," said Paul T. McDermott, President and Chief Executive Officer of Washington REIT. "Our in-depth targeted research identified The Wellington to be well-located in a submarket with a limited supply of new product and a strong population of renters for both Class A and Class B apartments. We continue to improve the quality and scale of our Multifamily portfolio both through this urban in-fill, amenity-based acquisition, and continued dispositions of our legacy assets. We sold Country Club Towers in March and expect to recycle additional legacy assets in the coming months."

Since 2011, The Wellington has upgraded common areas, lobbies, and facades and has added a rooftop fitness center. It was built in 1960 over 14.42 acres of land and has 712 surface parking spaces.