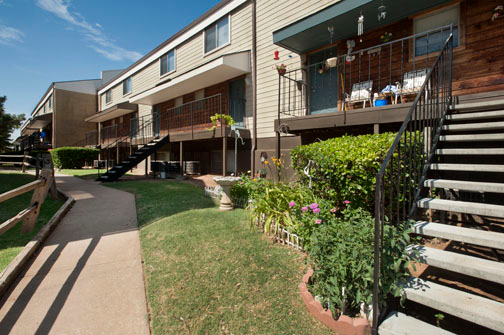 Altus CEO Forrest Jinks has a record of identifying emerging markets harboring undiscovered values. In doing so, Oklahoma City presented an opportunity with expanding upside potential. Oklahoma City has been undergoing a renaissance of growth and economic momentum which has been planned and is poised to continue. 2014 brought a booming 5 year high in recruitment and expansion of businesses. Sustained population growth through the recession and into the recovery sets it apart as one of the nation's fastest growing cities.

Oklahoma City MSA population grew 7.13 percent as much of the nation struggled through recession. The demand for household consumption services including construction, retail trade, health and leisure services surged in 2014, driving employment gains across these sectors. Development appears poised to carry into 2015, leading to employment gains of 5.6 percent in 2015 and 5.9 percent in 2016. Future job growth is predicted to be higher than the national average at 37.7% over the next 10 years.

The Cedar Hills Apartments is a fully stabilized community comprised of 124 units which had been owned and operated by the same owners for 20 years. The property, acquired with very attractive sub 5%, 30 year financing, provides a good mix with 44 one bedroom units, 16 two bedroom/two bath flats, 40 two bedroom townhomes and 8 three bed townhomes. Kristy Brooks, Managing Director of the General Partner, forecasts cash flow at year one with continuous growth through measured facility and management improvements.