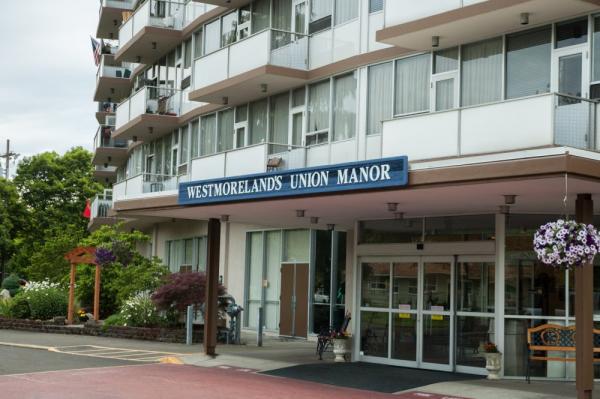 PORTLAND, OR - The AFL-CIO Housing Investment Trust announced that it is investing $25.9 million of union and public pension capital for the rehabilitation of the Westmoreland's Union Manor in Portland, OR. This financing will allow significant modernization of the apartment building and keep 100% of the project affordable to Portland seniors. The project will create approximately 290 union construction jobs.

The Westmoreland's Union Manor was originally built in 1966 with 301 age-restricted (62 years or older) units. To improve the property's current condition, the new financing will help rehabilitate the building by replacing all major systems with new, energy efficient systems, and perform a seismic retrofit. This modernization will extend the useful life of the building for another 50 years.

The HIT's financing will help preserve the affordability of this project. Over one-half of the project's units are affordable to extremely low-income households with incomes at less than 30% of area median income. Maintaining the affordability of these units is critical to these families and to the city of Portland. The building will be managed by Manor Management, a union-based property management company.

"We are enthusiastic about investing in Westmoreland and the City of Portland. Providing high-quality and affordable housing for seniors is a necessity," said Emily Johnstone, HIT's Managing Director of Business Development. "Westmoreland represents a long partnership of working with union-based developers nationwide. Westmoreland was built and owned by union members representing all local trades and we will continue that tradition by putting union members to work on the rehabilitation."

Preservation of existing buildings and affordable units is crucial as there is a high demand for affordable housing in Portland. Changing demographics and low vacancy rates have created significant increases in market rate rents.

"The Building and Construction Trades' Council is excited for the HIT to be financing the Westmoreland's Union Manor project," said John Mohlis, Executive Secretary of the Oregon Building and Construction Trades' Council. "This means good jobs for our members and an opportunity to help our community through the rehabilitation of this important affordable housing development in Portland with union labor."

The HIT is committed to positively impacting the state of Oregon with its investment of $48 million in two projects since 2010, including Westmoreland's Union Manor and Coquille Valley Hospital. These projects have a total development investment of $90 million, which has generated an estimated $164 million in total economic benefits. These investments have provided $63 million in total wages and benefits for workers, including $31 million for union construction workers. More than 1,140 total jobs have been created across industry segments, including approximately 510 union construction jobs. These benefits have generated $10 million in state and local tax revenue and $12 million in federal tax revenue.